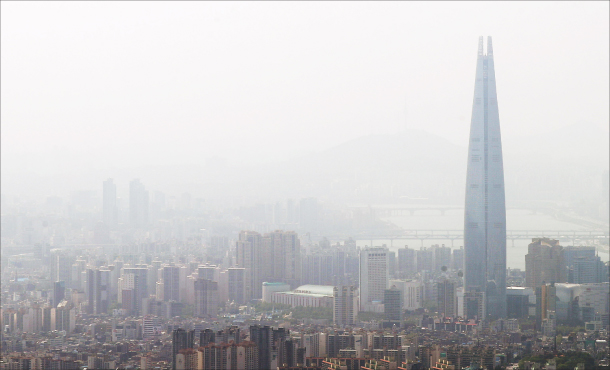 Lotte Group Chairman Shin Dong-bin is due to receive his appeals court sentence tomorrow. The leader of Korea’s largest retail conglomerate is facing up to 14 years in jail.

Shin has already served eight months of the 30-month sentence he received over charges of bribing former President Park Geun-hye to curry favor during her administration.

Prosecutors requested a 14-year sentence for the Lotte Group chairman to the appeals court in August.

Lotte employees last month submitted a petition that Shin be released on the grounds that the absence of the 62-year-old chairman is hurting Lotte’s business. Major business decisions have been on hold since Shin has been imprisoned, and recruitment and investment has been scaled back tremendously.

The ruling tomorrow is expected to have major implications for Lotte, and potentially the Korean economy as well. Lotte, with a net worth valued at over 100 trillion won ($89.4 billion) and annual revenue of 90 trillion won, is Korea’s fifth-largest conglomerate. 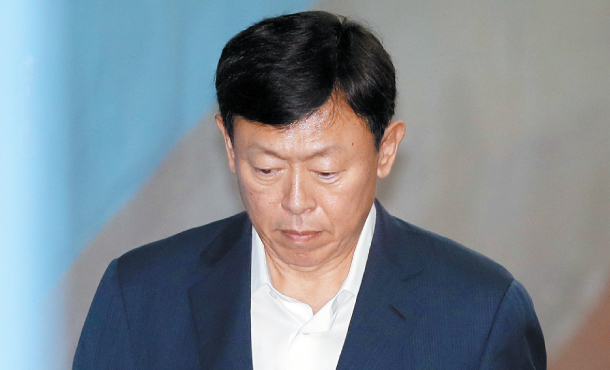 On Feb. 13, Shin was put in jail after the Seoul Central District Court found him guilty of bribing former President Park in return for a business deal. According to prosecutors, he offered 7 billion won to a nonprofit foundation controlled by Park’s close friend Choi Soon-sil to score a license it needed to operate its duty-free business in Seoul.

Lotte’s official stance, however, is that Shin and the company are simply victims of Park’s abuse of power. Shin offered the 7 billion won in May 2016, after Lotte had failed twice in 2015 to obtain approval to continue its duty-free operations in Seoul for the following year.

In July 2017, the Board of Audit and Inspection found that the Korea Customs Service, which oversees the assessment of duty-free businesses, manipulated evaluation scores to disqualify Lotte. Lotte’s original score far exceeded those of the companies that obtained approval instead.

“Like other businesses that had given money to Park [and her friend] after private meetings with her, Lotte was not giving out bribes, but paying a sort of ‘quasi-tax,’” said a Lotte spokesman. 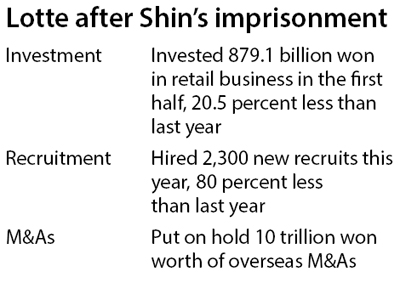 For the past eight months of Shin’s absence, Lotte Group has been wary of making major decisions on investment and recruitment.

The conglomerate invested 879.1 billion won in its retail business during the first half of this year, a 20 percent decline from last year. Lotte also hit the brakes on hiring. It only hired some 2,300 new employees this year, whereas it had recruited between 12,000 and 13,000 new workers in other years.

The conglomerate has also put some 10 trillion won worth of domestic and overseas investment and merger and acquisition plans on an indefinite hiatus. Projects on hold include large-scale oil complexes in Indonesia and Louisiana and acquiring Vietnamese confectionary, retail and hotel businesses.

Shin’s imprisonment came as a complete surprise in February. Shin, then the chairman of the Korea Ski Association, had scheduled a dinner meeting with international ski authorities for the day following the first court ruling.

“As we didn’t expect Shin’s imprisonment, we hadn’t made any provisions for such a development,” said a Lotte spokesman on Sunday. “Shin left a huge vacuum in Lotte’s management. Now, all of Lotte Group is paying careful attention to the appeals court ruling.”

Though Lotte is far from being the only Korean conglomerate to see its leader go to jail, it is rare for companies to hold off on all major management decisions throughout their imprisonment.

“Lotte’s dependence on Shin was especially high, especially because of the unique situation we have with Lotte in Japan,” said a Lotte spokesman.

In 2015, Shin also emerged as the sole leader of both Lotte’s Korean and Japanese businesses after ousting his own father - who founded Lotte in 1948 in Japan before expanding to Korea in 1967 - as well as older brother from the management of Lotte Holdings. The Tokyo-based holding company holds major stakes in Lotte’s Korean businesses.

“After the Shin brothers’ power struggle [where Shin fought over the succession of the conglomerate with his older brother Shin Dong-joo], Lotte faced public scrutiny. This revealed the conglomerates’ backward management practices, including [the complex] cross-shareholding [control], which drew the attention of the prosecutors’ office,” said an industry source.

Although Shin may have caused problems for management in the past, the consensus among Lotte employees is that only Shin can improve the conglomerate’s organizational structure.

In recent years, Shin pushed for greater transparency and the separation of Lotte’s Japanese and Korean businesses. He also tried to remove cross-shareholding ties by merging Lotte subsidiaries under Lotte Corporation, a new Korean holding company. Cross-shareholding occurs when publicly traded companies own shares in each other, leading to double counting of equity and distorted assessment of the companies’ value.

“Firms like Amazon are pushing the global retail industry towards new levels of competition,” said Park Ju-young, who teaches entrepreneurship and business at Soongsil University. “Because of its status as Korea’s largest retail conglomerate, Lotte’s defensive approach to management may eventually lead to economic loss for the country.”

Law authorities confirmed Monday that Lotte union members submitted a petition on Sept. 10 to the judge in charge of the case to free Shin for the upcoming appeals court sentence.

According to the Seoul High Court, which is overseeing the case, the petition was signed by 19 people, including Lotte trade union members representing Lotte Shopping, Lotte Property & Development and Lotte World, as well as high-ranking officials from the Korean Federation of Tourist & Service Industry Worker’s Union.

“Lotte did not gain any unlawful profit from handing out bribes to former President Park, and is instead a victim [of the Park administration],” read the 3-page-long petition. “When Lotte provided its golf course in Seongju, North Gyeongsang, as the grounds for the installation of the anti-missile system Thaad upon coercion from Park, China retaliated by closing down Lotte stores.”

Lotte union members said they decided to submit a petition after hearing that prosecutors had recommended a 14-year sentence for Shin in late August.

“We are not trying to persuade the judge that Shin is innocent,” said Kang Suk-yun, head of Lotte’s labor union. “But we believe that our plea for clemency does not contradict the sentiment of the Korean people, when the entire Korean economy, not just Lotte, is doing poorly.”