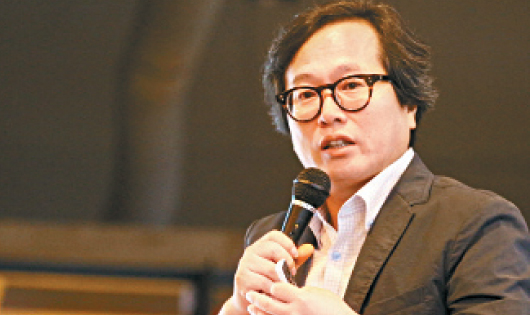 Food columnist Hwang Kyo-ik is under fire for saying that some netizens have the intelligence of “middle school graduates” in a Facebook post on Thursday.

The incident occurred after Hwang expressed his dissatisfaction with a blind tasting segment that aired on the SBS cooking show “Baek Jong-won’s Alley Restaurant.” According to Hwang, it was incredulous for the production crew to expect Baek to correctly match the region where makgeolli (rice wine) was made.

Commenters went on to say that Hwang mistook the intentions of the production crew. The producers defended themselves, saying that their intention was not to check Baek’s ability, but to show how diverse the tasting pallet of makgeolli is.

Hwang posted on Facebook on Thursday about how discomforting it was to have his opinions and knowledge about food questioned by the public. In his post he mentioned “a few people who only have the knowledge of a middle school graduate” were using bits of information that they found on the internet to make pointless arguments against his knowledge.

Netizens who read Hwang’s post were not happy with his usage of the phrase “middle school graduate.”

“I don’t understand why a food columnist is acting all high and mighty,” one netizen said in the news comments. Many others went on to express how clear it was that Hwang was ignorant to people who had a lower education than he had.