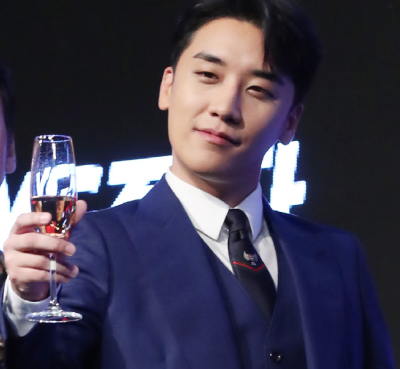 Seungri broke ranks with his most recent album “The Great Seungri,” which was released in July. The album now occupies eighth place in the QQ Music charts and is reported to have sold over 11,000 copies in China alone.

Seungri celebrated his recent accomplishment with fans in Hong Kong through a pre-arranged fan meeting on the same day. The fan meeting, which was held in Kowloon Bay International Trade & Exhibition Centre, drew over 3,000 fans.

“I have received unconditional love from my fans for over 10 years,” said Seungri during the fan meeting Wednesday. “Even though [my fans and I] speak a different language and come from a different culture, I am so thankful that I get to meet [my fans] tonight.”

Seungri is currently starring in the Netflix-backed sitcom “YG Future Strategy,” which started to air on Friday.