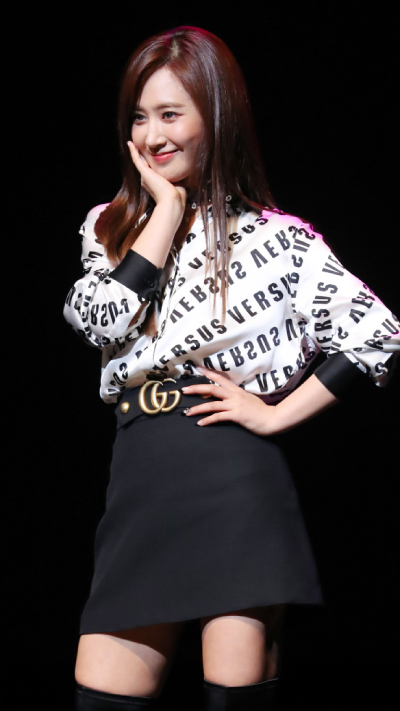 The album, which was released on Thursday, placed first on iTunes album charts in Brazil, Chile, Sweden, Turkey, Thailand, Vietnam, Hong Kong and seven other countries.

The album’s “Into You” is an alluring pop song with intricate choreography. The music video for the song received over one million views in less than a day, according to SM Entertainment.

This is Yuri’s first solo debut after 11 years as a K-pop singer. The first Yuri solo album has five other tracks in a variety of genres, including bossa nova and urban pop. They are “Illusion,” “C’est La Vie,” “Butterfly,” “Chapter 2” and “Ending Credit (To Be Continued).”

Yuri plans on promoting the album for the rest of October. She starred in KBS 2TV’s music program “Music Bank” on Friday, and will be performing on MBC’s “Show! Champion” on Saturday and SBS’s “Inkigayo” on Sunday.