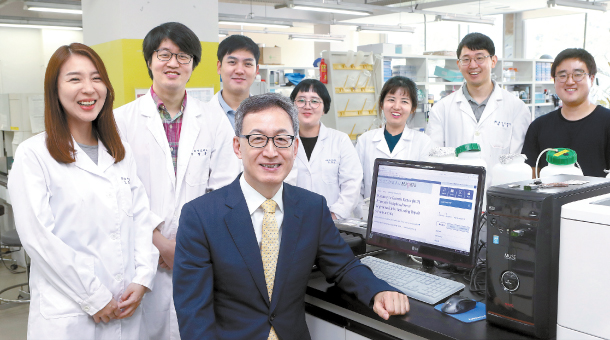 Across the world, companies set up at university laboratories are making it big by commercializing breakthrough innovations. Korea, though, is lagging behind.

Last year, Mobileye, a firm that develops vision-based advanced driver-assistance systems, was sold to Intel for over 17 trillion won ($15.3 billion). The company was established in 1999 by two computer science professors at Israel’s Hebrew University of Jerusalem.

Israel, which is often referred to as a haven for startups, is not the only place where businesses born from the lab have struck gold. Over 40,000 companies are estimated to have grown out of Stanford University, and they’ve provided over 5 million jobs in total.

In Korea, however, the barriers to success for lab-based ventures remain high. Domestic universities spend trillions every year, often with public money, for research purposes, but only a handful of businesses have been set up at these institutions so far.

Last year, only 218 firms were established at 149 of Korea’s four-year colleges. This amounts to a measly 1.8 firms per school.

The JoongAng Ilbo talked to three different academics with experience in business about why domestic universities produce so few firms from their vast research enterprises.

Below are edited excerpts from the interviews.

Last month, a professor of biological sciences at Seoul National University announced his premature exit. He had only two years left until his official retirement.

Kim Sun-young, CEO of the biomedical firm ViroMed, gave up the title of professor emeritus, which is only given to those who have completed their tenure. Kim, 63, became a professor at SNU in 1992 and set up a venture firm only four years later.

“The completion of biomedical research is the release of new treatment,” he said. “I wanted to see out the process to the end, so I quit my job as a professor in order to do so.”

ViroMed develops gene-treatment technology obtained from viruses. It is currently conducting clinical trials for its gene treatment methods in the United States.

In its early days, the firm received a 15 billion won investment from Japan. It was listed on the Kosdaq exchange in 2005, and has since grown to be valued at 3.8 trillion won. It has yet to generate revenue, but its value is based on the research and development that’s gone into its widely-renowned technology.

Kim, who has 80 employees at his firm, says he was fortunate enough to have come this far with without encountering major hitches on the way. But he added that other professors who have attempted to set up lab-based businesses were not so lucky, and many operate their firms underground.

Q. What does it mean to operate firms underground?

A. It tells us of the realities of establishing and operating a venture capital firm, which must be done away from public scrutiny.

Why do you have to avoid public scrutiny to set up a business?

People do not like the idea that a professor receives his salary and at the same time operates another business on the side. There are pervasive perceptions that we don’t do research and are concerned with making money. Another young college professor who is working on a venture firm is often told to quit his business and focus on his studies.

So professors are subject to serious scrutiny if they decide to start a business?

Right. Our country puts enormous amounts into research and development to build up the biotechnology sector at research institutes. But at the end of all that spending, most researchers just end up producing a dissertation. In order for biotechnology to become an economic driver, jobs must be created on the basis of research. It is important to focus on innovative dissertations, but that alone cannot transform research results into growth drivers. It is the duty of researchers who are funded by public money to link research results to jobs.

Can you tell us about the difficult conditions behind setting up a business?

Universities do have an advantage. Research and development-based venture firms have superior personnel and advanced research equipment at their disposal.

So is the biggest hurdle perception within the university?

There are a lot of things that need changing, but it is a priority to change perceptions in the university. I wish that establishing a business could be regarded as part of a professor’s evaluation along with research results and lectures. This could help business-building enter mainstream university culture. At elite American universities like Harvard, Stanford or MIT, the university incubates new venture firms set up by professors using their research. In these advanced countries, universities are the incubators of growth.

It’s been 22 years since you set up your business, so the perceptions of those around you should no longer be a source of pressure. But why did you quit your job as a professor?

My workload increased immensely as we neared the launching phase of our treatment. I really enjoy lecturing, but my situation now makes it hard for me to continue lecturing while operating my business. We conduct clinical trials in the United States, but the university limits foreign travel in the middle of the semester.

Korea Polytechnic University recently overhauled its internal rules in order to support new lab-based enterprises. These include reducing teaching pressure on professors who set up companies, and extending the period in which instructors can stay in their jobs and run businesses at the same time from two to ten years.

Ko Hyuk-jin, a business administration professor and head of the e-business division at the university, says this is not enough to ensure that new firms grow in the university environment.

“Most important is that the professors themselves change,” he said.

What is the problem with professors?

Professors in our country have a tendency to avoid risky situations. They have little incentive to set up businesses since they already live comfortable lives. They feel no need to risk failure by setting up a venture firm.

How can we change this behavior of professors?

We need to implement a change in the standards by which we evaluate these professors. What determines a professor’s tenure status is the performance evaluation, which is centered on the dissertation. What professor would risk starting a venture firm when they are busy writing dissertations? Universities must develop the mindset that a single lab-based venture is ten times as valuable as a heavily cited dissertation.

What do you make of the critical public perception of professors who start a firm?

Most university administrators believe that professors who are paid a salary by the institution set up these firms to make money and also use university equipment and personnel for free.

Why do they think this?

It’s because they think setting up lab-based firms does not contribute to the university’s operation. They must be convinced that establishing businesses are a boon to the institution. It could help if the university holds a partial stake in the firms that are set up. Such a method already exists, but in those cases the universities hold too large of a share in the business, which diminishes a professor’s incentive to run the firm.

What are the perceptions of graduate students who set up a business?

Usually it is the professor who does not like it, since they rely on the graduate students to produce dissertations. It can also lead to intellectual property disputes with regards to the technology developed by joint research in the lab. Not long ago, I visited a couple of domestic universities specializing in science and engineering and met many graduate students who told me that their professors demanded over a 50 percent stake in intellectual property fees. Who would want to build a business where they have to give up more than half their share to others?

Another professor at Korea Polytechnic University, Yoon Won-soo, specializes in bioengineering. He runs a firm called T&R Biofab, which is currently undergoing an appraisal to be listed on the Kosdaq.

The firm uses 3-D printing technology to produce artificial organs. Yoon launched the firm in 2013 with a determination to prove the value of his own research in the market. Last year, it entered into a $40 billion annual supply contract with the German pharmaceutical group Merck to produce “bio-ink,” which is used to print artificial organs.

T&R Biofab now has 46 employees under Yoon. Once in a while, fellow professors and colleagues approach him for advice on setting up their business while teaching. Whenever this happens, Yoon dissuades them from doing so.

Why do you dissuade fellow professors from setting up firms?

It is very difficult to teach and conduct research while operating a venture firm at the same time. It is nearly impossible to do so without receiving criticism from either the university or other members of the firm.

Korea Polytechnic University reduces the teaching burden on professors who set up businesses. What do you think about this approach?

If I teach less, this means that someone else in the department needs to teach more. One’s incentive to teach less naturally decreases.

But dissuading them from doing so weakens the enthusiasm for setting up new firms.

My point is there needs to be a sense of passion to do so, even in the face of discouragement. Lab-based venture firms are necessary and important. Technology transfers from research institutes to companies will likely lead to failure. The person responsible for developing the technology, such as a professor, needs to spearhead commercialization and continue with piecemeal R&D in order to make sure the product is developed enough to enter the market. The lack of new firms sprouting up in the lab leads to neglect of technology.

Will listing T&R Biofab on the Kosdaq relieve some of the pressures you face?

We still do not know the results of the listing appraisal. Even if we are listed, new challenges other than the pressures of working on the firm and teaching at the same time will arise. The biggest challenge is to determine when I should stop my work on our current technology and begin new research.

As soon as the firm is on its feet, I want to challenge myself by embarking on new research for yet another venture firm. But there is also prevalent critical perception about departing from new businesses in our country, which concerns me.