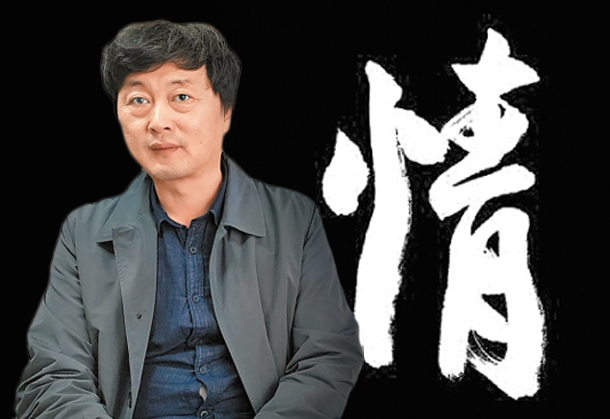 In the vast world of snacks, it’s hard, if not impossible, to pin down the original of a particular snack, especially if its idea is relatively common like a chocolate pie. Nevertheless, Orion’s Choco Pie has kept its place firm as the No. 1 snack for kids and grown-ups alike in Korea, and has even reached out into the world with its sweet taste that appeals to a wide range of people.

Among the myriad of other similar chocolate pies sold on the market shelves, Choco Pie stands out from the rest with its signature red packaging, with a big Chinese character written on it that reads jeong in Korean. Jeong embodies the meaning of the boundless amiability and hospitality Korean people have towards their friends and family, an image that Choco Pie succeeded in sharing with generations of consumers.

While most people would recognize the character on the box, not everyone knows who wrote it and how he wrote it. The maestro who birthed Choco Pie Jeong - as people call it in Korea - is Yang Sung-ju, a 49-year-old calligrapher who participated in the “SAC Calligraphy Festival” exhibition held at the Seoul Arts Center, southern Seoul, with four pieces of new work he created for the exhibit. Yang runs a shop in Insa-dong, central Seoul, where he engraves personal seals during the day, using his artistic skills to make stamps and his personal time to devote himself to his arts.

The Korea JoongAng Daily sat down with Yang to discuss the world of calligraphy and how he came to create one of the most recognizable works of the genre in people’s everyday lives. The following are edited excerpts. 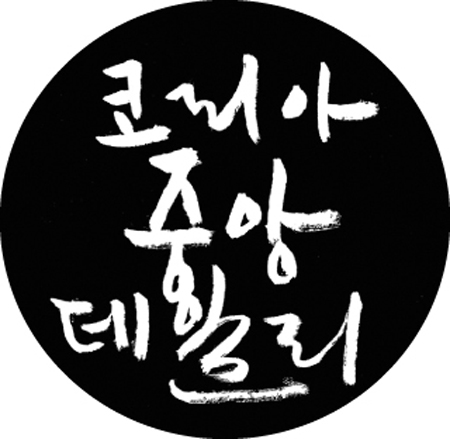 Yang's calligraphy for the Korea JoongAng Daily in Korea, above. [JEON TAE-GYU]

Q. How did you become a calligrapher in an age where the field is getting smaller and being forgotten?

A. I grew up in a small village in the South Jeolla countryside called Gurim, the only region where the historical tradition of hyangyak (a code of rites and practice that were kept among the villagers during the Joseon Dynasty [1392-1910]) is still kept. In our school, we were exposed to a lot of traditional practices such as calligraphy, and as a child, I had a friend whose grandfather was always doing calligraphy. I thought that one day, I’d like to be just like him.

When did you actually start walking the path toward becoming a calligrapher?

Just like everyone else my age, I started out with a job, then tried other things in between such as running my own business. But then with the financial crisis in the late 1990s, I hit a rocky road. That’s when the people around me told me that I could actually take the chance to start something that I had always wanted to do. Soon after, I was able to find the best teacher in my life - who I still learn a lot from - and learned the art of calligraphy. I may not have had the best luck with money, but I had the greatest luck of meeting my friends and my teacher.

How did you come to write the jeong character for Choco Pie?

Some years ago, Orion started this idea of Choco Pie Jeong, and came up with ideas on how to write the character for jeong. They initially had designers inside the company draw some things up, but it didn’t work out well. A friend of mine who was working at Orion asked me if I could help them out, and I told him, “Why are you even asking? Let’s do it.” That’s how I got the job (laughs).

What did you want the character for jeong to look like?

Choco Pie was, and still is, a steady-selling children’s snack. They asked me to write it so that people can actually feel the whole-heartedness of jeong, and that was what I was trying to get across. With the final work that came out, I think I managed to make it look warm and sweet, just like the emotions of jeong and Choco Pie.

Despite many people’s efforts, the field of calligraphy is losing its place in society. Why do you think that is? And do you think the younger generation will manage to keep it alive?

The field of calligraphy inevitably and necessarily takes a long time to master. Proper training involves not just an understanding of the aesthetics of the characters, but a deep comprehension of the development of language that took place through the course of thousands of years, since language is a promise between the millions of people that use it. You can’t just do whatever you please with it. But I believe that the younger generation will be great. I think it’s our part as those who have aged to trust that they will do well.

Apart from professional calligraphers, is there a way for the ordinary people to enjoy calligraphy more?

The essence is to write more. You have to use your hands with whatever medium you have, whether that be the pen or the pencil, and just write more and more so that you can write well and recognize handwriting that’s written well. I have an 11-year-old son, and whenever I see that his school homework requires him to print something out from the computer instead of him using his hands to write it, I wish that the schools will train people to write more with their hands from an earlier age; especially in this digital era.