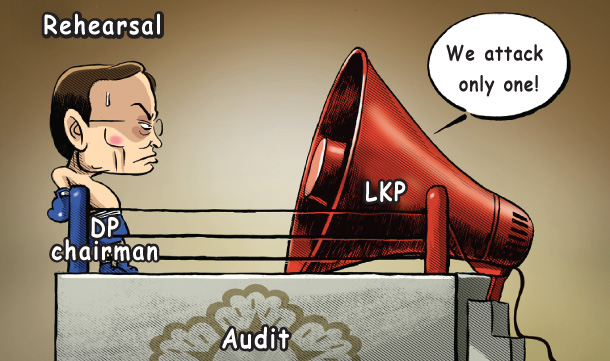 Kim Sung-tae, floor leader of the main opposition Liberty Korea Party (LKP), vows to focus the party’s attacks on one person as his party’s lawmakers prepare for parliamentary audits of the administration, which kick off tomorrow. The LKP on Monday concentrated its denunciations on Democratic Party Chairman Lee Hae-chan, who said last week in Pyongyang that the National Security Law needs to be reviewed in order for a so-called peace regime to be established on the Korean Peninsula.