A famous children’s tale “Hansel und Gretel” by the Brothers Grimm has been turned into an opera by a 19th century composer Engelbert Humperdinck. The Korean production of the piece has recently been created by the Korea National Opera and is being staged at the Seoul Arts Center for families to enjoy this autumn. [KOREA NATIONAL OPERA]

The fairy-tale opera “Hansel und Gretel,” based on the popular Grimm brothers’ story of the same name, is now being staged by the Korea National Opera. Written by Engelbert Humperdinck, the opera is praised for its folk-music inspired themes. For the Korean production, Christian Pade has been invited to direct while maestro Finnegan Downie Dear will be conducting. Alexander Lintl will be designing the performance’s stage and costumes. Yang Gae-hwa and Lithuanian operatic soprano Justina Gringyte will alternate playing the leading role of Hansel. As for the role of Gretel, sopranos Kathleen Kim and Han Eun-hye will alternate. 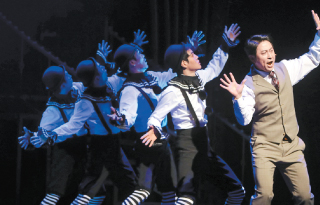 Set in 1960s America, this musical tells the heartwarming story of lovers at a paradise resort. Marge, whose fiance never showed up to their wedding, goes to the resort where she was supposed to honeymoon with her best friend Lois instead. Feeling sorry for Marge, Lois tries to connect her with Del, a singer.

Meanwhile, Gabe, an employee at the resort, falls for Lois and writes a song for her.

Realizing that Gabe’s talent is being overshadowed by Del’s presence, Lois promises to stand by him if he sings on stage.

This fall, he will perform in Korea for the first time in two years. The singer has a diverse program planned for his seventh local performance. 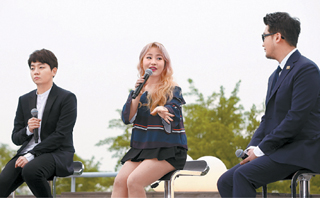 Unlike mainstream rock music festivals, the Grand Mint Festival (GMF) showcases musicians such as indie artists and groups who aren’t usually heard on the radio.

This festival includes a food zone, entertainment zone, beauty zone and a “slow life” zone for those who need to take a break from the music.

Led by American theater director Robert Johanson, this musical is based on Victor Hugo’s 1869 novel of the same name.

This musical is a love story between an average housewife named Francesca, living in Iowa, and a National Geographic photographer named Robert, who is sent to her town for work.