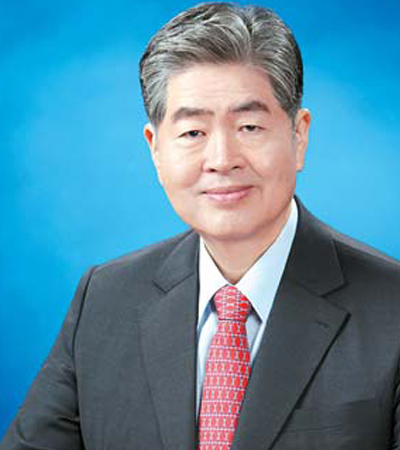 Younghoon David Kim, chairman and CEO of Daesung Group, is presiding over the 2018 Executive Assembly (EA) of the World Energy Council (WEC) in Milan, which started on Oct. 8.

This is the second time Kim has presided over the annual assembly since he was inaugurated as WEC chairman in October 2016. He is scheduled to chair the plenary session of the assembly and deliver a welcome speech.

The executive assembly, which lasts until Thursday, will be attended by more than 1,000 global energy experts and figures including energy ministers, public officials and business leaders from more than 90 member states such as Bulgaria, Morocco, Russia and South Africa. They are poised to examine energy resilience, energy accessibility and innovative energy technologies as well as discuss the future prospects of the energy sector.

“This Executive Assembly will be an informative event to discuss the impact of new technology such as blockchain, Internet of Things and artificial intelligence by focusing on the huge changes in the world energy market caused by digitization, decarbonization and decentralization,” said Kim before the opening of the assembly.

He added that the event will serve as a prime opportunity to review preparations for the 24th World Energy Congress in Abu Dhabi, the United Arab Emirates scheduled for September next year. He will be wrapping up his three-year term after the event.

The chairman of the Korean energy conglomerate also emphasized the need for active discussions and cooperation among leaders to promote proper responses to the rapidly growing demand for energy and innovative energy technologies.

The World Energy Council, launched in 1923, is a United Nations-accredited global network of leaders and practitioners promoting an affordable, stable and environmentally sensitive energy system. The council has than 3,000 member organizations across 90 countries - governments, private and state corporations, academia, non-government organizations and energy-related stakeholders.