Pompeo has a rough meeting in Beijing

Pompeo has a rough meeting in Beijing 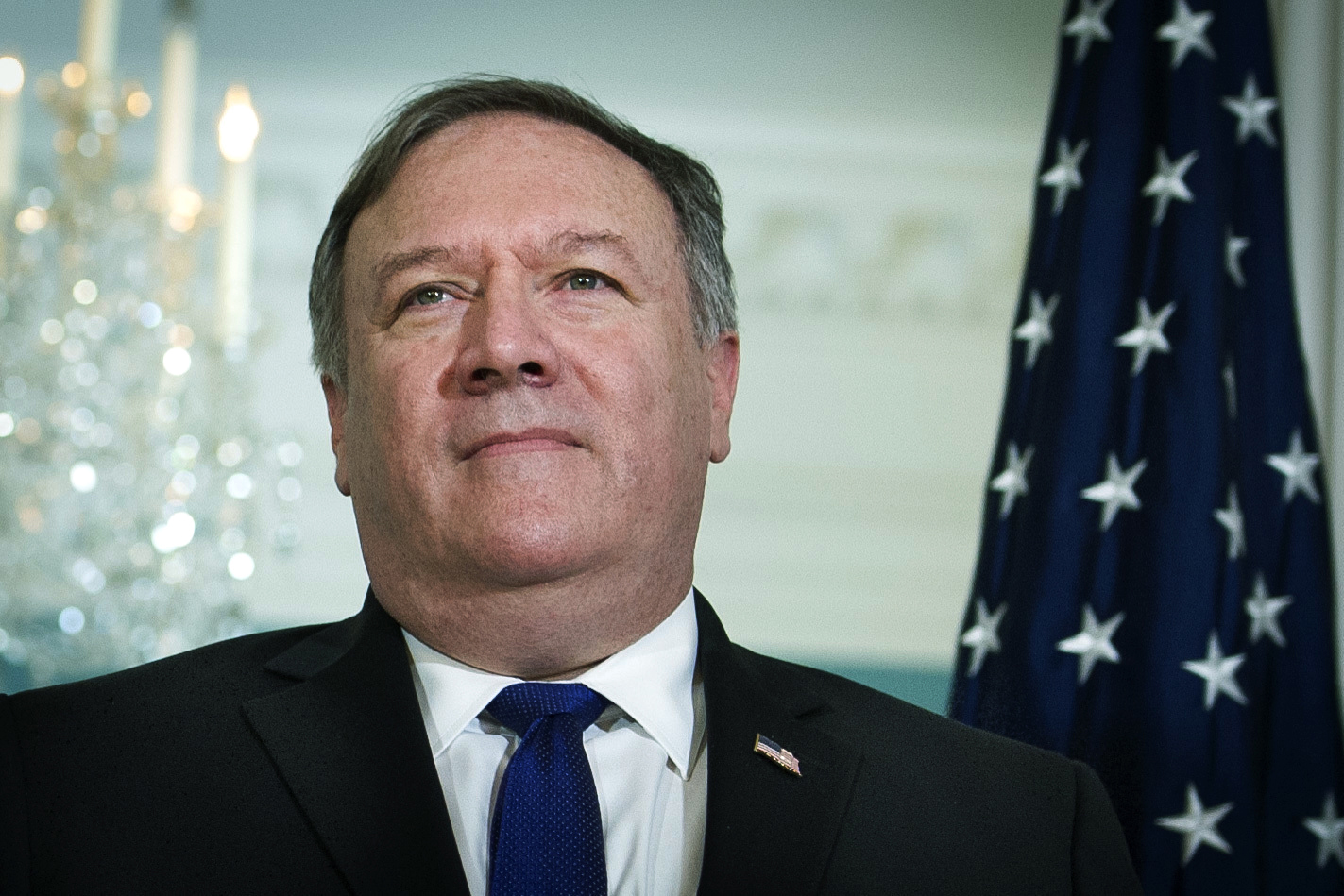 U.S. Secretary of State Mike Pompeo reaffirmed with Chinese officials their “shared resolve to achieving the final, fully verified denuclearization” of North Korea, according to the U.S. State Department Monday, despite being at odds with each other on a slew of other issues.

“The United States and China remain unified on our pressure campaign, and are committed to a bright future for the DPRK if Pyongyang denuclearizes quickly,” continued Heather Nauert, spokesperson of the State Department, in a statement, despite China, a veto-wielding member of the UN Security Council, having advocated with Russia an easing of sanctions on the North in the United Nations.

Pompeo held meetings on Monday with Yang Jiechi, a member of the Political Bureau of the Central Committee of China’s Communist Party in charge of foreign affairs, and Foreign Minister Wang Yi following his trip to Pyongyang Sunday for a meeting with North Korean leader Kim Jong-un.

Amid their ongoing trade row, the two sides had “fundamental disagreement,” according to Pompeo, in areas including the South China Sea, Taiwan and human rights, though Washington appears to be including Beijing in its broader picture for denuclearization negotiations with the North for now. North Korea has been asking the United States in return for denuclearization steps for some corresponding measures, such as a declaration to end the 1950-53 Korean War, which ended with an armistice agreement, and an eventual peace treaty, which China would be expected to be a party to.

Pompeo, during his four-country Asia trip since Saturday, met with the leaders of South Korea, Japan and North Korea but did not meet with Chinese President Xi Jinping in Beijing.

Lu Kang, spokesman of the Chinese Foreign Ministry, said Monday that Wang in his meeting with Pompeo “pointed out that the recent wrong words and deeds of the U.S. side on a string of issues have directly impacted the mutual trust between our two countries,” urging the United States to “come back to the track of working with China.”

However, Lu also noted that Pompeo was “communicating with relevant parties on the Korean Peninsula issue” during his East Asia visit and added, “This just shows that as two major countries and two permanent members of the UN Security Council, China and the U.S. need to and should enhance communication and cooperation.”

Chinese President Xi is expected to make a visit to Pyongyang soon, according to South Korean President Moon Jae-in in a cabinet meeting in Seoul Monday.

However, Xi’s decision to visit Pyongyang, reported by the South China Morning Post on Tuesday, may indicate China’s shift toward a more hawkish policy on the United States as conflict between the two countries moves beyond trade.

China will be actively looking to secure its participation in an end-of-war declaration during Xi’s visit to Pyongyang, Zhao Tong, a fellow in the Nuclear Policy Program at the Carnegie Endowment for International Peace in the Carnegie-Tsinghua Center for Global Policy in Beijing, told the newspaper, as it “does not want to appear to be the only superpower being left out in the process.”

Despite holding three summits with Kim Jong-un this year, Xi has yet to visit North Korea since he took power in 2013.

Pompeo told reporters after his fourth Pyongyang trip Monday that “significant progress” has been made in the denuclearization negotiations, during which North Korean leader Kim agreed to allow international experts to visit its demolished Punggye-ri nuclear test site, as soon as it “logistically worked out.”

Trump posted on Twitter Sunday on Pompeo’s meeting with Kim: “Progress made on Singapore Summit Agreements! I look forward to seeing Chairman Kim again, in the near future,” hinting at a second North-U.S. summit in the works.

Stephen Biegun, the U.S. special representative for North Korea who traveled to Pyongyang with Pompeo, said to reporters Monday he offered to meet North Korean Foreign Minister Choe Son-hui, “as soon as possible.”

Following a visit to Beijing, Choe met with Russian Deputy Foreign Minister Igor Morgulov Monday and “discussed in detail key aspects of the settlement of the situation on the Korean Peninsula,” according to Russia’s Foreign Ministry.

Kim Jong-un is seen to be making a visit to Russia soon, and Choe likely discussed the trip in Moscow. Russia’s state-run Tass news agency reported that Choe was scheduled to take part in a trilateral meeting of deputy foreign ministers of Russia, China and North Korea in Moscow yesterday.