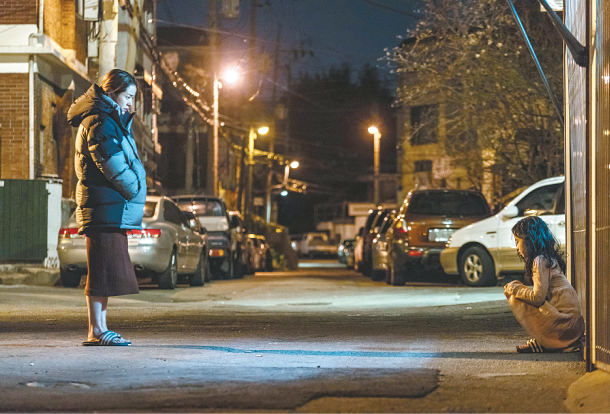 A movie centering on a female protagonist, “Miss Baek” explores child abuse through the eyes of Sang-ah (Han Ji-min), a social outcast who was abandoned by her abusive mother in her youth and became a convict as a minor after trying to protect herself from the son of a powerful businessman who attempted to rape her. Having gone through such experiences at a young age makes her defensive, tough and, at times, reckless. However, her heart starts to melt when she encounters the young Ji-eun (Kim Si-ah), who is abused by her game-addicted father and his girlfriend.

A horror movie released a few weeks ahead of Halloween, “The Strangers: Prey at Night” is the story of a family staying in a trailer park that is stalked by three masked assailants.

Directed by Johannes Roberts and starring Christina Hendricks, Martin Henderson and Bailee Madison, this horror flick is a sequel to 2008’s commercially successful “The Strangers.”

The latest starts with the family stopping at a resort during a road trip. This turns out to be a mistake. A girl knocks on their door asking to see someone, whom the family has never heard of. Terror ensues with two other masked young people armed with knives and an axe - without a clear reason for the brutality they unleash. 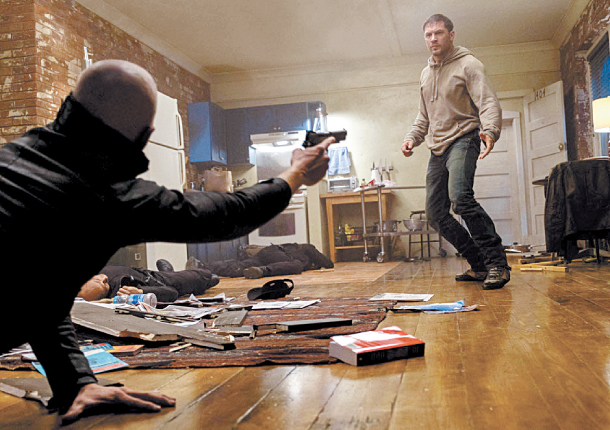 Based on Marvel Comics’ notorious antihero and Spider-Man’s popular rival, this movie centers on the disgraced, scandal-ridden reporter Eddie Brock, played by Tom Hardy, who attempts to revive his career by investigating a sophisticated and unscrupulous corporate survivalist group, the Life Foundation. After contacting an amorphous extraterrestrial symbiote that bonds with him, Eddie obtains superpowers.

This Disney movie is about Christopher Robin, who has grown up and left his childhood stuffed animals - Winnie the Pooh, Tigger and Piglet - behind.

After boarding school, Christopher gets married, serves in the army and works arduously. His work is so demanding that he barely has time to spend with his family.

His stuffed friends patiently wait in a mystical world, hoping for him to return and play with them. One day, Winnie the Pooh decides to travel to London and find Christopher. The two reunite, but things aren’t like they used to be.

Christopher becomes exasperated by Pooh’s absent-mindedness, and angrily tells Pooh that he is no longer a child. But by spending time with his childhood friend, Christopher gradually readjusts his priorities. 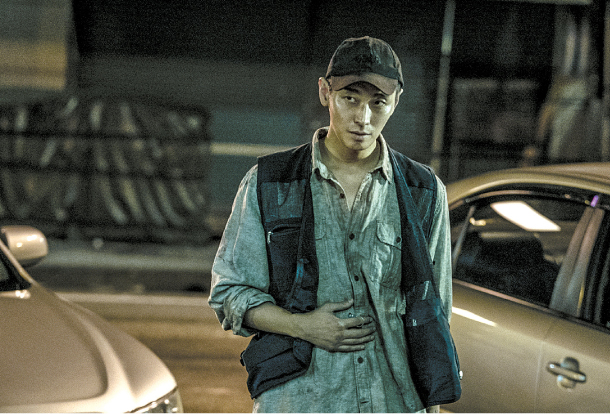 Pairing Ma Dong-seok and Kim Young-kwang as an investigative duo, this crime comedy revolves around a judo instructor named Jang-soo (Ma), who cares about nothing but his daughter.

Unlike many of the characters Ma has played, Jang-soo does not care much about the injustices that happen around him and tries to stay out of trouble. He is forced to change after the ghost of Tae-jin (Kim), an overenthusiastic police officer in a coma, starts to haunt him.

Tae-jin insists on doing what is right and pursuing justice even from a comatose state. He convinces the reluctant Jang-soo to help him investigate cases in the neighborhood.

On the train ride back home following an interview in the capital city, Ji-hyun encounters a mysterious pair of middle-aged people who do not seem to know each other well. It turns out that they connected over the internet and are meeting face-to-face for the first time. 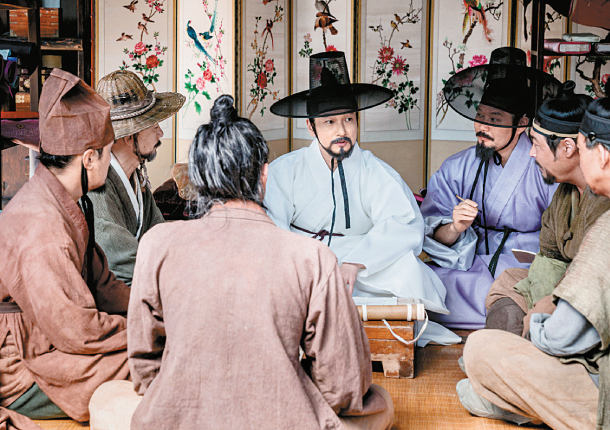 Directed by Park Hee-gon of crime action flick “Insadong Scandal” (2009), “Fengshui” is set in the Joseon Dynasty (1392-1910). It tells the tale of people fighting over the perfect spot to bury their ancestors, which they believe directly affects the flow of where authority is directed.

Cho Seung-woo plays a warm-hearted fengshui master, Jae-sang, who loses his wife and a child after his attempt to interfere with the powerful Kim family’s plan to steal a propitious spot away from the royal family. Veteran actor Baek Yoon-sik plays a powerful member of the Kim family while Kim Sung-kyun plays Kim’s ambitious son.

Together with Heungseon, played by Ji Sung, Jae-sang attempts to interfere with the ever-expanding Kim family. Their plan is obstructed when Jae-sang realizes that Heungseon had a different plan all along.