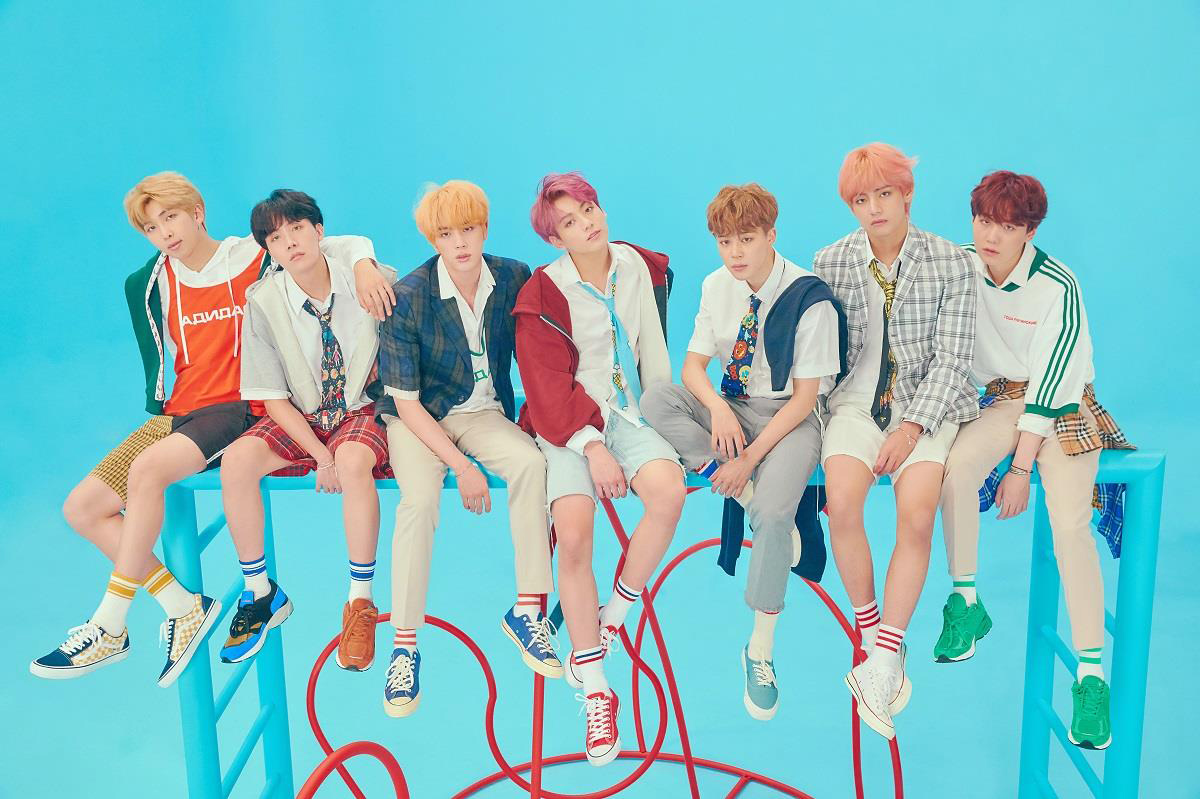 According to the group’s agency, Big Hit Entertainment, BTS won the Favorite Social Artist award, defeating such big name artists as Cardi B, Ariana Grande, Demi Lovato and Shawn Mendes at the AMAs, which took place at Microsoft Theater in Los Angeles on Tuesday.

BTS, however, wasn’t able to accept the award in person because it was in London preparing for a Tuesday performance at the O2 Arena.
The band sent a video to the AMAs and thanked its fan club, ARMY.

“We are very happy and thankful for receiving the Favorite Social Artist award,” BTS leader Kim Nam-joon – also known as RM – said in the video. “We are sorry that we were not able to participate in the ceremony. We thank our fanbase ARMY for all the love and support, leading us to receive this special award.”

The award came after BTS topped the Social Artist Award charts at the 2018 Billboard Music Awards in May.

The American Music Awards are the world’s biggest annual awards ceremony that honors the most influential acts based on fan votes. The nominees are selected by their degree of interaction with fans, tracked and measured by Billboard.

BTS is currently on a “Love Yourself” world tour, visiting seven countries through next February. The group performed two nights this week, Tuesday and Wednesday, at London’s O2 Arena. Member Jung Kook, whose heel was injured just hours before the first concert, performed seated and was unable to perform the choreography with the other members.

Celebrating the septet’s ground-breaking success, a documentary movie entitled “Burn The State: The Movie” is set to be released on Nov. 15 in CGV, the largest multiplex cinema chain in Korea. The movie, which will feature the members’ journey, struggles and behind-the-scenes stories on tour, follows the “BTS: Burn The Stage” series released in March this year through its YouTube Red page, BANGTANTV.

BTS’ agency also announced four additional Asia concert destinations to the world tour on Wednesday. According to the agency, the band will be in Taiwan on Dec. 8-9, Singapore on Jan. 19 Hong Kong on March 20-21 and Bangkok on April 6.