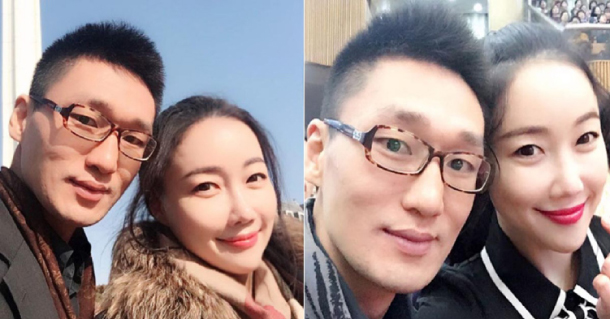 Pop artist Nancy Lang’s husband Wang Jinjin was hospitalized on Wednesday morning after reportedly attempting to commit suicide, according to a news report by Edaily.

According to the media outlet, Wang was found unconscious in his bathroom by a close friend at dawn on Wednesday. He was immediately sent to the hospital.

“We went to his home after having dinner together,” said Wang’s friend. “He did not come out from the bathroom for a long time so I went to check on him. When I opened the door, I found him lying down, unconscious.”

“He has been suffering from stress and depression after quarreling with his wife,” the friend added.

Lang was reportedly not at home.

Reports broke earlier this month that Lang had called the police on Sept. 20 after Wang broke a door in their home during a fight. He was arrested on suspicion of destruction and damage.

On Oct. 4, Lang told Ilgan Sports that she had reconciled with her husband. She said she called the police because she was surprised that he broke the door, but she did not want him to face legal punishment.

The couple married in December last year. At the time, local news outlet Dispatch reported that Wang had spent time in prison on charges of rape and robbery dating back to 1999 and 2003, adding that he had worn an ankle monitor since his release from prison in 2013.

Wang’s past has long been a mystery.

He says that he is the son of the CEO of Paradise Group, a casino company, and that he was born in Macau in 1971. According to Dispatch, he is actually from Gangjin in Korea’s South Jeolla province and has nothing to do with Paradise Group exept coincidentally sharing a surname with the CEO.