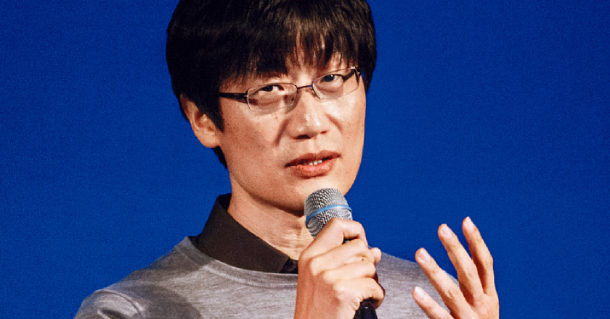 It is unusual for the legendary tech entrepreneur, who shuns the spotlight, to join such a trip. He stepped down from Naver’s board of directors in February and has been staying outside Korea - mostly in Japan and Europe - looking for technologies and start-ups to invest in or acquire.

Moon is departing Seoul on Oct. 13 for France, Italy, the Vatican, Belgium and Denmark and is returning on Oct. 21. France, the first destination, is where Naver has been expanding its presence.

“GIO Lee has been picked for the business delegation for President Moon since Naver is one of the leading Korean companies that advanced into France,” said a Naver spokesman.

Naver has been transforming itself with hefty investment in artificial intelligence (AI) as well as blockchain. It has chosen France as a foothold for European expansion. In June 2017, Naver established a French unit and fostered nearly 10 local start-ups at Space Green, its own start-up incubator. The funding Naver has made so far with the French subsidiary amounts to 258.9 billion won ($227.7 million).

But Lee Hae-jin, dubbed the “hermit entrepreneur” for his reclusive personality, was battered by lawmakers on Wednesday, the first day of the annual parliamentary questioning of the government, for refusing to show up and answer questions from the Science, ICT, Broadcasting and Communications Committee. Lee cited his upcoming Europe trip as the reason he couldn’t attend.

He was to be questioned about Naver’s role in the so-called Druking case. A blogger using the alias Druking is alleged to have used software to manipulate online opinion for and against President Moon on Naver and other social media.

“Lee is leaving on Oct. 13 but that’s just an excuse for not coming today,” said Kim Sung-tae, the floor leader of the opposition Liberty Korea Party.

The Naver GIO appeared at the parliamentary audit a year ago.