Man in the mask meets scream queen once more

Man in the mask meets scream queen once more 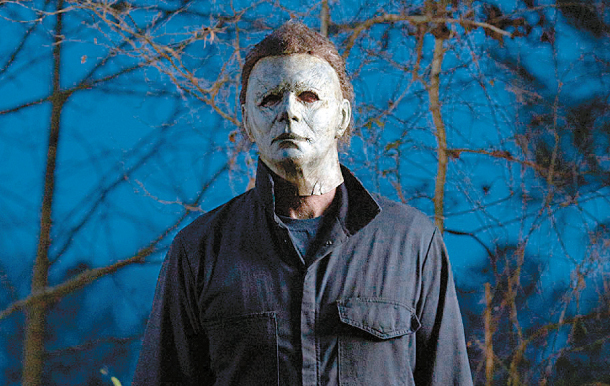 The first in the “Halloween” series of movies was released in 1978. Directed and scored by John Carpenter, this classic American slasher film told the story of Michael Myers, who went on through several sequels over four decades to become an icon of the nightmarish serial killer who can’t be stopped. Blumhouse Productions, known to Korean fans for horror flicks like “Get Out” (2017) and “Split” (2017), recently released the latest Michael Myers tale, once again titled “Halloween.”

“There have been 11 ‘Halloween’ movies,” said Jason Blum, founder and CEO of Blumhouse Productions, at a talk following the film’s screening at the 23rd Busan International Film Festival. “But this is the first Blumhouse ‘Halloween.’” Blum explained that although there have been so many sequels, they were “not very good.”

In “Halloween,” directed by David Gordon Green, Jamie Lee Curtis reprises her iconic role as Laurie Strode, the sole survivor of Michael Myers’ killing spree in 1978. Supposed to be a direct sequel to the original film, the Blumhouse release gives Laurie one last battle with her arch-nemesis 40 years later. Carpenter was involved in the movie as composer, executive producer and creative consultant.

“We try to put social and political messages into a horror movie,” said Blum. The message in the new “Halloween” is about female empowerment and overcoming a traumatic event. 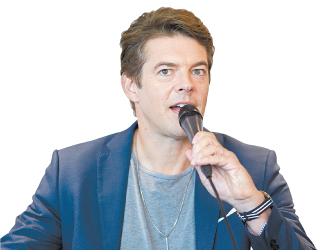 “[The movie] is about three generations of women overcoming the most evil man in the world. Also, most horror movies are about the traumatic event [itself]. But this is an exploration of what happens after a traumatic event.”

At a press conference the same day, Blum explained that horror movies are a great means to reach out to a wide audience, especially younger viewers.

Blum also mentioned an interest in making local language scary movies in countries around the world, including Korea.

“I’m thinking about doing it here [in Korea],” he said. “I’m not sure whether it would happen or not.”

When asked about future plans for the “Halloween” franchise, Blum hinted at the possibility of more installments. “We have plans. I’d love to do more. I definitely have ideas.”