Nat’l baseball manager says he didn’t do anything wrong

Nat’l baseball manager says he didn’t do anything wrong 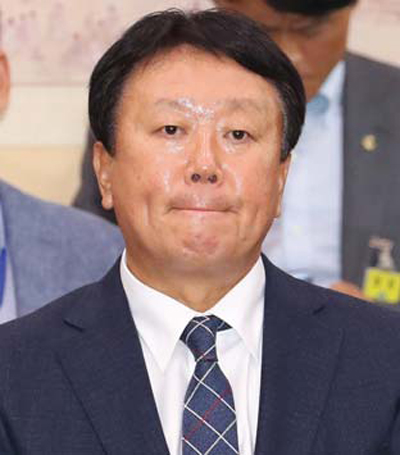 Korean baseball team manager Sun Dong-yol listens to a lawmaker’s question during a parliamentary audit for the Sports Ministry on Wednesday. [YONHAP]

Korean national baseball manager Sun Dong-yol on Wednesday reiterated his position that there was no wrongdoing in his Asian Games roster selection.

Sun appeared as a witness at an annual parliamentary audit for the Sports Ministry and was grilled by lawmakers over his roster selection for the 18th Asian Games in Indonesia this summer.

Korea won its third-straight gold medal at the Asian Games in Jakarta, but the team’s uninspiring performance fueled public anger.

After the Asian Games, a civic group filed a report to the Anti-Corruption and Civil Rights Commission, the state’s anticorruption watchdog, alleging that Sun violated the antigraft law by picking underperforming players.

Critics said Sun chose some players just to help them get their exemptions from military service, since Korea, as the only fully professional team at the Asian Games, was virtually guaranteed to win the gold medal. Healthy Korean men are required to serve about two years in the military, but athletes who win an Asian Games gold medal are exempt from conscription.

At the audit, Rep. Kim Su-min of the minor opposition Bareunmirae Party asked Sun if he considered the players’ military service status when assembling the team. Sun simply replied “no” to the lawmaker’s question, adding that he didn’t give undue favors to particular players.

Rep. Kim then showed the 2017 Korea Baseball Organization (KBO) League stats of two players, without unveiling their names, and asked Sun to pick a player for his Asiad team. Sun picked “player B,” which turned out to be Kia Tigers infielder Kim Sun-bin. The other player was later confirmed Oh Ji-hwan, shortstop for the KBO club LG Twins who has been a lightning rod for criticism.

Oh was leading the league in errors and strikeouts at the start of the Asian Games. He hadn’t completed his military service before the Asian Games and received his exemption despite going just 1-for-2 with a walk in three games off the bench in Jakarta.

Rep. Kim claimed that Sun only looked at three-month stats of the KBO players, which led him to pick Oh.

Sun denied such claims, saying that he made the right choice when selecting the players.

“I’m sorry that I couldn’t read the trend of society, but I think I was right in player selection,” he said. “If you are a coach, you have to use a player who is currently in good form. If you pick a player based on his career performance, it just shows that the player’s reputation is more important.”

While busy answering the lawmakers’ questions on his roster selection, Sun did apologize to the public and baseball fans for being at the center of controversy.

“I’ve been playing sports until this day, but didn’t know anything about the administration or society,” he said. “I’m sorry for not knowing it and I will listen to the public’s voice in the future [when selecting the team roster].”