A girl who grows up too fast falls in with the wrong clan: Actor Kim Hyang-gi’s portrayal is central point of new film ‘Youngju’

A girl who grows up too fast falls in with the wrong clan: Actor Kim Hyang-gi’s portrayal is central point of new film ‘Youngju’ 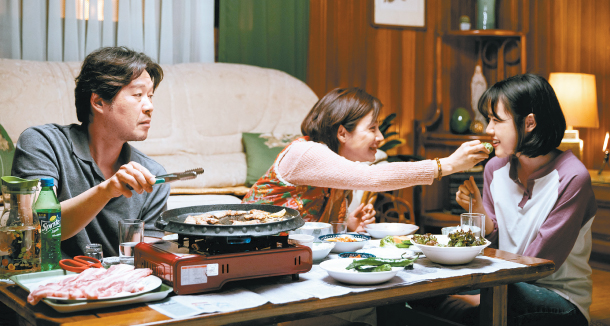 ”Youngju,” director Cha Sung-duk’s debut feature, looks into the life of a lonely girl named Young-ju, who paradoxically feels most at home with the couple who caused a car accident that left her parents dead. [BIFF]

Feeling love for people you should hate can be just as painful as hating people you deeply care about. Actor Kim Hyang-gi delicately demonstrates such an internal struggle in a lonely girl in the drama “Youngju.”

As Kim has shown in her previous features, like the fantasy blockbuster “Along With the Gods” series and the period epic “Snowy Road” (2017), Kim’s strength is playing sympathetic characters that elicit compassion from viewers.

“Youngju” premiered at the ongoing 23rd Busan International Film Festival. Kim plays the title character, a lonely girl whose environment has forced her to grow up too fast. The movie explores the psychological change that Young-ju undergoes after getting to know the man responsible for the death of her parents in a car accident. The man survived, but the accident left his son in a coma. His existence is overwhelmed with guilt.

Young-ju quits school after her parents’ deaths and becomes the sole breadwinner of the family. She must take care of her younger brother. Barely making ends meet by working several low-paying, part-time jobs, the only adults she can rely on are her aunt and uncle. But instead of taking any responsibility, they instead attempt to benefit from the situation by selling the dead couple’s house. 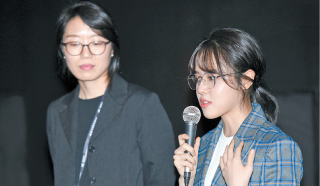 Making things worse for Young-ju, her younger brother is a rebellious troublemaker, who is frequently called to the police station. At one point he causes a problem big enough that several million won is needed. Feeling desperate, Young-ju decides to visit the man who caused her parents’ deaths. After meeting him, however, Young-ju is unable to confess who she is. So she starts to work for the man and his wife, who run a small tofu store.

Having her son in coma, the wife is drawn to Young-ju. She shows unconditional love towards the seemingly lonely yet independent girl, and treats her like a daughter. They go shopping together, eat home-cooked dinners, and most importantly, show a strong belief in each other. Young-ju initially feels awkward about the couple’s kindness, but soon feels comfortable with them. She, ironically, feels most at home and is able to feel the warmth of family with the couple responsible for making her and her brother orphans.

It does not take long for Young-ju’s happiness to sour. Things gets uncomfortable abruptly when the couple learns who she really is. The sense of emptiness and betrayal Young-ju feels after the couple’s change in attitude leaves a lingering feeling that stays throughout the ending scene, which is nothing but Young-ju’s sorrow-stricken face in a close-up.

A first feature from director Cha Sung-duk, who also wrote the script, the movie unfolds smoothly through the careful observation of a fragile girl. By shedding light on her dire environment and slowly following the gradually changing psychological state of Young-ju, the film, by the end, successfully convinces viewers of Young-ju’s ironic attitude towards the perpetrator of her parents’ demise.

The movie will be released on Nov. 22.