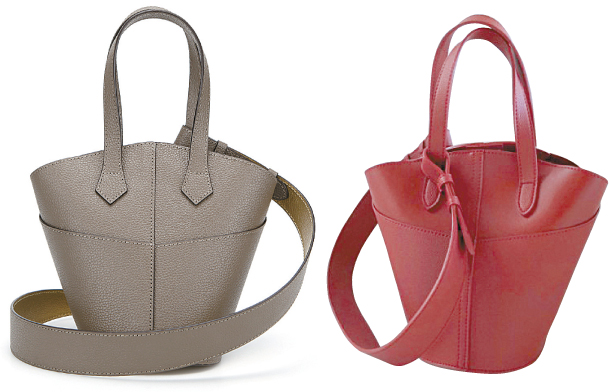 A genuine Palla K-Bag Plus, left, and a counterfeit product, right. [SETHD]

Thavma and Palla were developed by Sethd. They are domestic designer bag brands that have great design and quality despite not being developed by a large corporation.

Thavma, which launched in 2013, is the only brand among many domestic bags that have been loved since then. Currently, it has opened stores in Washington in the United States, as well as in department stores and duty-free shops. It has received much love and general recognition for its quality in domestic as well as overseas markets.

Palla, which launched in 2016, provides cost-effective leather bags to consumers. In particular, the A-BAG was successfully launched at CJ O Shopping. It has sold about 70,000 copies this year since its launch. The bags are made in Korea using domestic raw materials, and reliable quality is guaranteed.

To prevent damage to customers, the company has given out a guide on how to distinguish counterfeits from genuine products. Counterfeit and genuine products differ in the thickness and color of the leather.

Genuine products use the best leather to keep the shape of the bag firm while keeping it soft to the touch, while the imitation is made of hard, rough leather.

The quality of counterfeits is significantly lower. The finish is too weak to be used for a long time.

Palla said it will further strengthen crackdowns and penalties to safeguard consumers in the future. For Korean bag brands Thavma and Palla to compete with global luxury bags, Palla requests that consumers stop purchasing counterfeit goods.