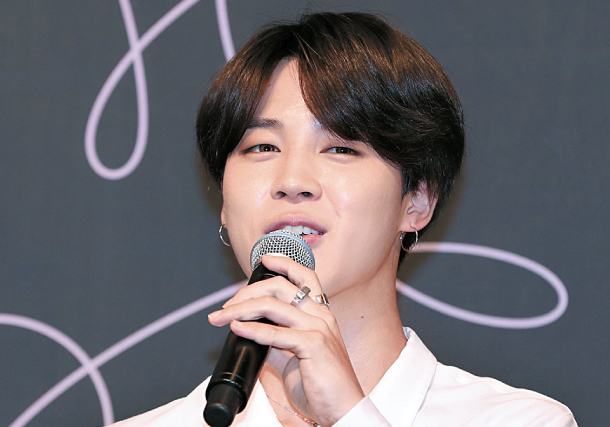 Singer Jimin from K-pop band BTS did not attend the recording of a popular BBC talk show, “the Graham Norton Show,” due to poor health, announced his agency on Friday.

“On the morning of the recording, Jimin began suffering from severe muscle pain in his neck and back, and received medical attention,” wrote the agency Big Hit Entertainment on Twitter.

“We sincerely apologize to all of our fans who have been eagerly awaiting the band’s appearance on the Graham Norton Show, and ask for your understanding,” it added.

The recorded show will be aired on Saturday morning.

Jimin is not the only member who has been injured as a result of the group’s busy schedule. During their two-day London performance at the O2 Arena on Tuesday and Wednesday, member Jungkook had to perform seated due to injuries to his heel. He was also unable to take part in the choreography with the other members.

BTS is currently in Europe for its “Love Yourself” world tour. It is performing in Amsterdam on Saturday, and then will head to Paris for a Korea-France Friendship Concert, which will be attended by Korean President Moon Jae-in and top French officials. The two-day concert series in Paris is scheduled for Oct. 19 to 20.