Wendy does duet with Legend

Wendy does duet with Legend 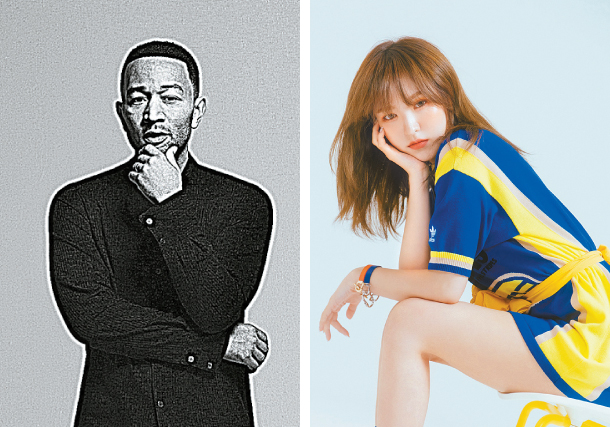 A duet by American singer-songwriter John Legend and K-pop girl group Red Velvet’s Wendy is set to be released on Oct. 19, according to SM Entertainment Friday.

The English song entitled “Written In The Stars” is the fifth duet in the agency’s “Station x 0” series, a project led by SM and telecommunications operator SKT in which different artists team up together to release singles.

The single is an R&B ballad with a groovy base and a rhythmical drum sound, and it tells the sad story of two star-crossed lovers.

Legend is a globally-recognized singer who has won 10 Grammy awards since 2005. He is one of the few entertainers who have won the “grand slam” of an Emmy, Grammy, Oscar and Tony award. He debuted in 2004 with the album “Get Lifted” and has collaborated with well-known artists including Jay-Z and Alicia Keys. His hits include “Ordinary People” (2004), “This Time” (2009) and “All of Me” (2013).