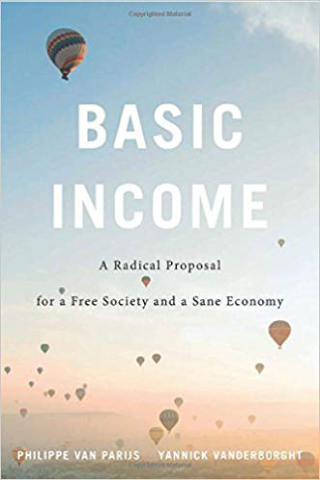 Basic Income: A Radical Proposal for a Free Society and a Sane Economy

It may sound crazy to pay people an income whether or not they are working or looking for work. But the idea of providing an unconditional basic income to every individual, rich or poor, active or inactive, has been advocated by such major thinkers as Thomas Paine, John Stuart Mill, and John Kenneth Galbraith. For a long time, it was hardly noticed and never taken seriously.

Today, with the traditional welfare state creaking under pressure, it has become one of the most widely-debated social policy proposals in the world. Philippe Van Parijs and Yannick Vanderborght present the most comprehensive defense of this radical idea so far, advocating it as our most realistic hope for addressing economic insecurity and social exclusion in the twenty-first century.

The authors seamlessly combine philosophy, politics, and economics as they compare the idea of a basic income with rival ideas past and present for guarding against poverty and unemployment. They trace its history, tackle the economic and ethical objections against an unconditional income, including its alleged tendency to sap incentives and foster free riding and lay out how such an apparently implausible idea might be viable financially and achievable politically. Finally, they consider the relevance of the proposal. 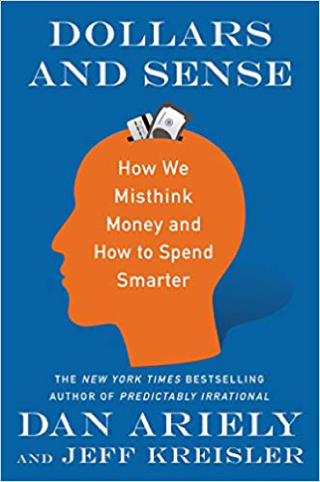 Dollars and Sense: How We Misthink Money and How to Spend Smarter

Why is paying for things painful?

·Why are we comfortable overpaying for something in the present just because we’ve overpaid for it in the past?

·Why is it easy to pay $4 for a soda on vacation, when we wouldn’t spend more than $1 on that same soda at our local grocery store?

We think of money as numbers, values, and amounts, but when it comes down to it, when we actually use our money, we engage our hearts more than our heads. Emotions play a powerful role in shaping our financial behavior, often making us our own worst enemies as we try to save, access value, and spend responsibly. In Dollars and Sense, bestselling author and behavioral economist Dan Ariely teams up with financial comedian and writer Jeff Kreisler to challenge many of our most basic assumptions about the precarious relationship between our brains and our money. In doing so, they undermine many of personal finance’s most sacred beliefs and explain how we can override some of our own instincts to make better financial choices.

Exploring a wide range of everyday topics - from the lure of pain-free spending with credit cards to the pitfalls of household budgeting to the seductive power of holiday sales - Ariely and Kreisler demonstrate how our misplaced confidence in our spending habits frequently leads us astray, costing us more than we realize, whether it’s the real value of the time we spend driving forty-five minutes to save $10 or our inability to properly assess what the things we buy are actually worth. Together Ariely and Kreisler reveal the emotional forces working against us and how we can counteract them. Mixing case studies and anecdotes with concrete advice and lessons, they cut through the unconscious fears and desires driving our worst financial instincts and teach us how to improve our money habits. 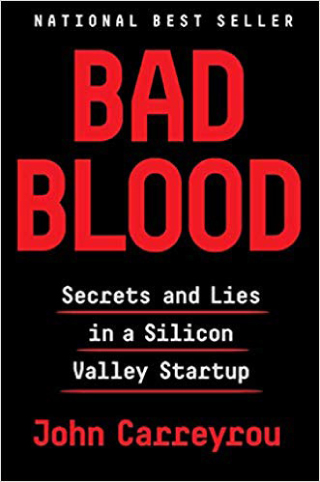 Bad Blood: Secrets and Lies in a Silicon Valley Startup

The full inside story of the breathtaking rise and shocking collapse of Theranos, the multibillion-dollar biotech start-up, by the prize-winning journalist who first broke the story and pursued it to the end, despite pressure from its charismatic CEO and threats by her lawyers.

In 2014, Theranos founder and CEO Elizabeth Holmes was widely seen as the female Steve Jobs: a brilliant Stanford dropout whose startup “unicorn” promised to revolutionize the medical industry with a machine that would make blood testing significantly faster and easier. Backed by investors such as Larry Ellison and Tim Draper, Theranos sold shares in a fundraising round that valued the company at more than $9 billion, putting Holmes’s worth at an estimated $4.7 billion. There was just one problem: The technology didn’t work.

A riveting story of the biggest corporate fraud since Enron, a tale of ambition and hubris set amid the bold promises of Silicon Valley.