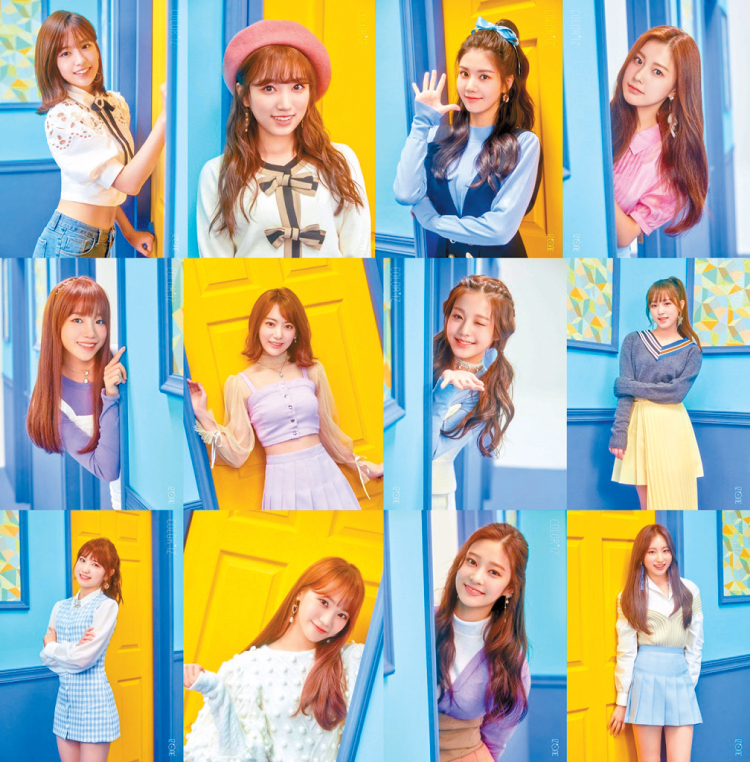 IZ*ONE, a K-pop group formed by a TV talent show, debuts with the album “COLOR*IZ” on Oct. 29, according to Off The Record Entertainment on Monday.

The news came after the agency released official teaser images of the group’s members through its Twitter feed.

The group is composed of nine Korean and three Japanese finalists from Mnet’s “Produce 48” - the third season of Mnet’s popular “Produce” series, which aired from June 15 to Aug. 31 this year.

Unlike the two previous “Produce 101” series, which generated popular groups IOI and Wanna One, “Produce 48” involved participants from both K-pop girl groups and J-pop group “AKB48” and its off-shoots. A total of 96 contestants - 57 from Korea and 39 from Japan - vied for the final 12 spots, which were based on voting by the audience.

IZ*ONE will be together for two and a half years. This is longer than IOI, who was only a group for a year, and Wanna One, whose contract with its agency ends on Dec. 31.

According to IZ*ONE’s agency, Mnet is also airing a reality program “IZ*ONE Chu” on Oct. 25 at 11p.m. The program, which will have four episodes, will feature the daily routines and the debut of IZ*ONE members.

The agency is holding an official fan club name contest through Twitter until Oct. 18. Anyone can suggest a name for the group’s official fan club, and the winner will receive a gift with the members’ signatures on it.