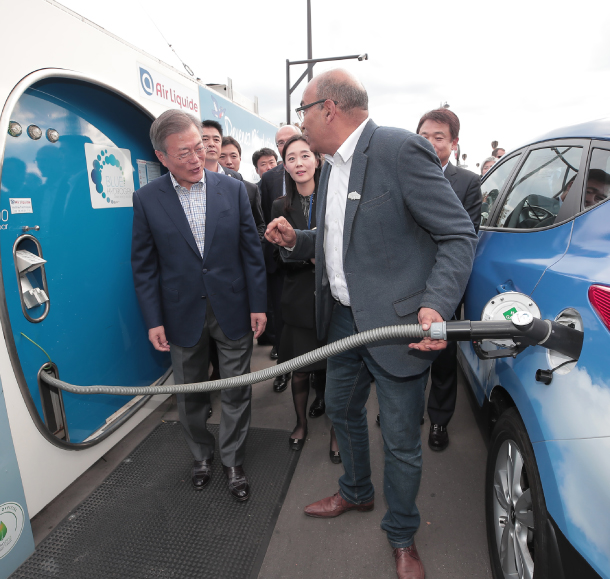 President Moon Jae-in speaks to a taxi driver who drives a hydrogen-powered version of Hyundai’s Tucson at a charging station in Alma Square in Paris on Sunday. As part of his state visit to France, Moon dropped by the hydrogen station operated by French gas company Air Liquide. Moon arrived at the station in Hyundai’s new hydrogen-powered Nexo, which has just entered the French market. French taxi start-up STEP currently operates a fleet of 62 hydrogen-powered Tucson taxis in Paris. [YONHAP]