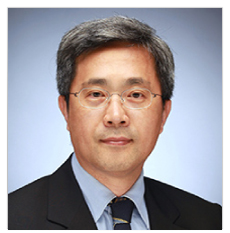 Lee Byong-Chul
The author is director for Nonproliferation Centre at the Institute for Peace and Cooperation in Seoul.

North Korean leader Kim Jong-un has made no bones about committing to take concrete steps toward the denuclearization of the Korean peninsula — instead of playing tough. The young dictator may be penitent; he allegedly ordered the public execution of his uncle Jang Song-thaek and assassination of his estranged brother Kim Jong-nam. Or, the 30-something autocrat may be playing nice as he assumes that his power is no longer threatened and unstable. Either way, there is no way to know for sure.

The cruel leader of the police state has successfully gained the favor of U.S. President Donald Trump before being put on the list of globally controversial leaders — such as Vladimir Putin of Russia, Rodrigo Duterte of the Philippines and Benjamin Netanyahu of Israel — who Trump seems to like.

While other global leaders laugh at Trump, the young dictator continues to keep himself busy praising the impulsive leader. In response, Trump has described a personal letter from Kim as a “beautiful piece of art” and loosened the timeframe for denuclearization. Trump did not hide his enthusiasm for Kim, declaring at a recent rally with his supporters that “we fell in love” after exchanging letters. In short, rapid denuclearization does not have a place in Trump’s mind, as seen in his description of the current freeze in the North’s nuclear and missile tests as a “significant achievement” that cost the mercantilist Trump nothing as international sanctions have yet to be lifted. Given this, the connection Kim and Trump have made appears central. What’s happened to them?

About a year ago at the U.N., Trump called Kim the “Little Rocket Man” and threatened to totally destroy the pariah state. Now he seems to have stopped trying to go to war with Kim, who still remains the greatest threat to U.S. security interests in Northeast Asia. If I am forced to choose one word to characterise the common behavior of Trump and Kim, I would say: outliers.

In truth, the communist state has been on the receiving end of international sanctions led by the U.S., which even considered a regime change. Kim was extremely concerned that Trump was going to strike the North Korean nuclear facilities in Yongbyon while pulling American military families out of South Korea. Fortunately, Trump’s national security aides found the war plan insufficient.

Kim had, to be sure, an animal-like instinct that enabled him to feel the dark clouds of war emanating from Washington. Kim’s misjudgement could have put the regime in disaster with the hot-tempered Trump White House. The possibility that these unpredictable leaders could make choices that would produce a devastating war killing an astronomical number of people is extremely horrific, but it’s not unthinkable.
Kim un is not without guile, but he appears set on regarding Trump as a negotiable partner in the hope that unlike his predecessors, Trump could declare the end of the Korean War prior to a formal and official peace declaration.

At the same time, it is no surprise that the cult of North Korea’s denuclearization — strategically designed to follow through what I call ‘nuclear minimalism’ — has been a long shot. I see no reason why North Korea should give up the nuclear weapons program in the so-called final and fully verified denuclearization way unless the Kim regime’s security is substantially guaranteed by the U.S.

In retrospect, it seemed that the denuclearization door was opened with the ‘Geneva Agreed Framework’ in October 1994, when the nuclear freeze and the construction of the light-water reactor started. But in October 2002, the door was suddenly closed in eight years by the newly elected U.S. President George W. Bush in 2001 in the wake of the unconfirmed fact that the clandestine regime admitted it possessed a highly enriched uranium program.

The misunderstandings or miscalculations made by nuclear strategists in Washington and Pyongyang eventually put the two countries onto a war path. In September 2006, even President Barack Obama considered launching a pre-emptive strike on North Korea instead of sticking with strategic patience. The conflict is fundamentally a game that takes place due to incomplete information. The variable of perception, not misperception, is highly significant.

Whether you agree or not, it is safer to say that denuclearization has already begun. Experts at home and abroad are struggling to define it, but not necessarily in the same way. And in this respect, both South Korea’s conservatives and American national security hard-liners seek the continuation of sanctions unless North Korea abandons its nuclear weapons program. Denuclearization is incredibly hard to forecast.

In the early 1990s, shortly after the sudden death of Kim Il Sung, many North Korea analysts forecast that the regime would collapse very soon. However, only wishful-thinking sprang from well-grounded expectations of the regime and paralyzed policy reports with no bias.
We have, after all, seen a new nuclear kid on the block by allowing the Kim regime to maximize its autonomy from domestic proliferation and external nonproliferation pressures. As T.S. Eliot put it, “We had the experience but missed the meaning.”