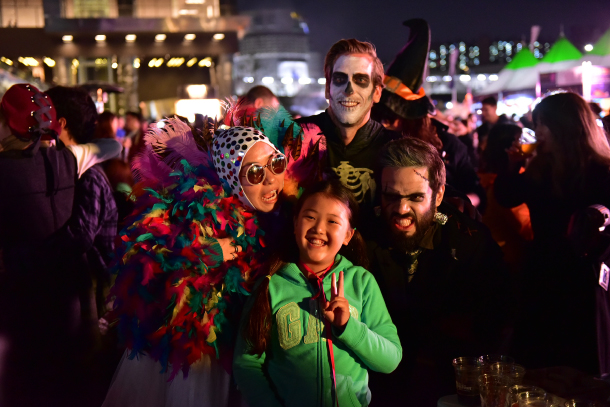 The Great Korean Beer Festival will take place from Oct. 26 to 28 at Yongsan I’Park Mall. Held on the building’s rooftop, the Halloween-themed event is inviting beer lovers to come in costume and try out craft beers from 20 different brands. There will be prizes for those with the best costumes. [GREAT KOREAN BEER FESTIVAL]


For thousands of years, rice has a staple in the Korean diet, and Icheon, a town south of Seoul, is famous for its high-quality rice that was served to kings and queens.

Programs will include a re-enactment of the parade that transported rice to Hanseong (the old name for Seoul) for the king, a huge rice cauldron that is capable of feeding thousands of people and a straw crafting contest. Various performances of traditional music, dance and folk plays will entertain visitors, who will also have the chance to buy this year’s harvest of Icheon rice and experience traditional agriculture in the farm town. 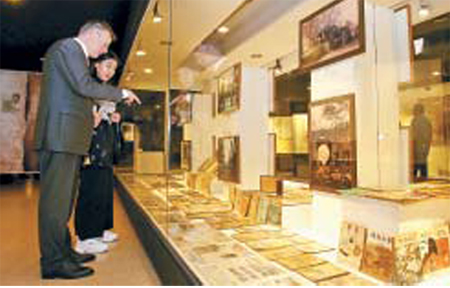 Jikji Korea International Festival, an annual festival celebrating the world’s oldest extant book printed with movable metal type, has kicked off in the Korean city of Cheongju, North Chungcheong. Printed at the city’s Heungdeok Temple in 1377, “Jikji” is the abbreviated title of “Jikjisimcheyojeol,” a book on the Zen teachings of great Buddhist priests.

In that year, two disciples of Venerable Baegun completed the publication of the book written by him using movable metal type. Unesco confirmed “Jikji” as the world’s oldest metal-printed book in 2001 and included it in the Unesco Memory of the World Programme that year.

During the 21-day festival held around the Cheongju Arts Hall, organizers have drawn up an exhibition, a series of activities, lectures, international academic conferences and programs in which visitors are invited to take part under the theme of “A Walk Through Jikji Woods.”

They have also replicated a Goryeo Dynasty (918-1392) era marketplace where people visiting the festival can experience traditional culture and a variety of Korean foods.

An official at the organizing committee said that visitors will also have daily opportunities to enjoy concerts with various themes and street art that they have not seen anywhere else during the festival’s run. For more information, go to jikjikorea.com.

The Great Korean Beer Festival is a chance to drink craft beer from not only Seoul but also Chungcheong, Busan, Jeju and more as well as international craft beers from the United States, Czech Republic and Germany. Attendees will also be able to learn about each of the beers directly from the brew masters themselves.

The festival will also be a huge Halloween celebration. There will a costume contest throughout the event, and those with the most creative and original costumes will have a chance to win prizes, including hotel stay vouchers for Korea’s biggest “hotelplex” Seoul Dragon City, I’Park Mall gift certificates, restaurant gift certificates and more, valued at over 7 million won ($6,220).

The three-day Great Korean Beer Festival will be open each day from 1 p.m. to 10 p.m. There is no admission fee to enter. For more information, go to www.greatkoreanbeerfestival.com.

The Lotte World Adventure theme park offers a chance for people of all ages to get the most out of this year’s Halloween. Friendly pumpkins and cute ghosts can be enjoyed by young visitors during the day. But once the sun goes down, the park turns into a horrifying sight for adults looking for a thrill.

The musicals “Dracula’s Love” and “Roti’s Halloween Party Parade” are some of the scheduled not-so-scary events available through the day, but once the clock strikes 6 p.m., the Magic Island, Lotte World’s outdoor park, will be flooded with bloody zombies looking for people to eat - or take a picture with if they are feeling friendly.

Some rides, including the Gyro Drop, offers a VR option, which adds scenes of zombies to the already stomach-dropping experience.

There are about four shops throughout the park where visitors can dress up in costumes to create the ultimate Halloween experience. The park also offers makeup services to help visitors achieve a dramatic look for the night. For more information, visit adventure.lotteworld.com or call 1661-2000.