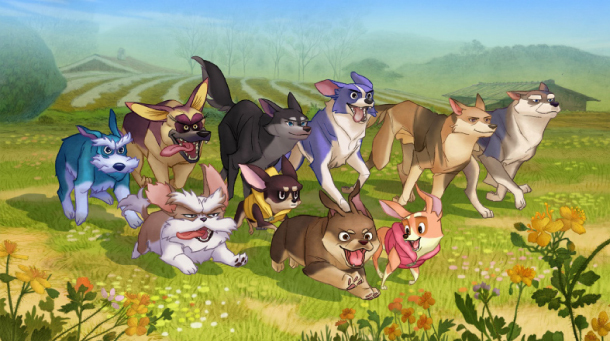 The film, directed by Oh Sung-yoon, who is best known for his film “Leafie, A Hen Into the Wild” (2011), and Lee Choon-baek, the director of the film “Dolmen” (2000), is the first Korean flick to be awarded at the annual film festival in China.

“This award is very significant in that it comes from an international festival hosted by the Chinese government,” said director Oh at the festival. The award comes at a time when China’s pop-culture blockade against Korea has not been completely resolved.

“Underdog” depicts the journey of a dog named Moong-chi who searches for freedom along with his friends. Doh Kyung-soo, also known as D.O. from the boy band Exo, and actress Park So-dam voice characters in the movie.

“The movie sheds light to the issue of abandoned dogs and reflects the themes of love and peace,” an official at the festival said.

Sriff18, which took place from Oct. 8 to 13 this year in Xian, is held annually, alternating between the cities of Xian and Fuzhou.