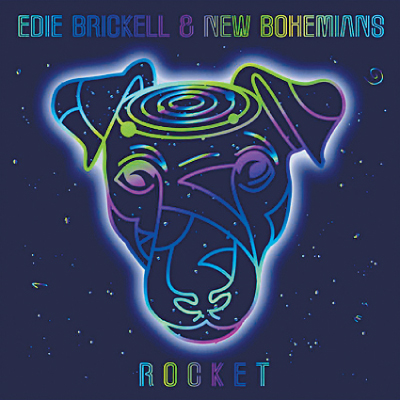 Edie Brickell’s first new record since 2006 with her original band New Bohemians is a triumphant return for an artist who never really left.

“Rocket’’ reunites Brickell with the band that broke onto the scene in 1988 with the Top 10 hit “What I Am’’ but released only three records in the 30 years since then. The New Bohemians remained close, playing one-off shows over the years, eyeing the right time to record again. Brickell promises “Rocket’’ is the start of a renewed commitment to the band, with more records to come.

Their joy in recording together again is clear on “Rocket,’’ a record that touches on a variety of musical styles with ease.

Brickell’s effervescent vocals never sounded better than with the New Bohemians backing her. How fun is it to hear Brickell singing “Superman, Spider-Man, Batman, you’re the man’’ on “Superhero”?

The answer to the question posed by the first single, “What Makes You Happy,’’ is clear for Brickell and the New Bohemians. You can hear it, too, by listening to “Rocket.’’ AP