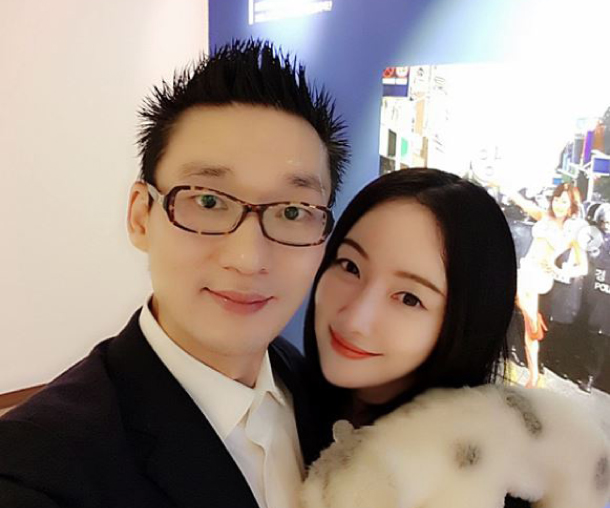 Pop artist Nancy Lang said during an interview that her husband Wang Jinjin is threatening to release sex tapes of the singer.

“It is very painful what I am going through right now,” Lang said during a phone interview on radio station CBS’ Kim Hyun-jung’s News Show on Wednesday morning.

“I received the first video tape on Monday at dawn. Since then, he has been blackmailing me every day, saying that my life as a pop artist is over and that we will die together,” she added.

“I am going through the same thing that happened to Koo Ha-ra. I now understand why she had to kneel down in front of her ex-boyfriend. I can’t believe this is happening to me. It is very scary.”

On Sept. 20, Lang called the police after her husband broke a door during an argument the couple had at their home. He was arrested on suspicion of destruction and damage.

On Oct. 10, Lang told news outlet Edaily that she was ending her relationship with Wang after being “continually assaulted and verbally abused by him.” This was the same day that Wang was hospitalized in the morning after reportedly attempting to commit suicide at home.

On Tuesday, Wang released a statement saying that Lang has been avoiding him ever since his friends told the singer false rumors. “They borrowed loans under her name to fund an online art business project,” he told local outlet Star Today.

“They have all left her now. They made her abandon me.”

He also added, “The break-up was going to happen eventually.”

Wang is currently being investigated for embezzling 100 million won ($89,000) after telling a university professor that he would sell him a billion won worth of Chinese pottery and for taking his acquaintance’s car as collateral for a 50 million won loan and not returning the car to its owner.