Celebs speak out against rumors

Celebs speak out against rumors 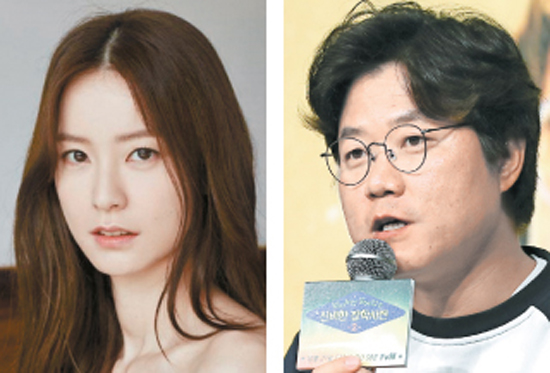 Actor Jung Yu-mi, left, and producer Na Yeong-seok said they will take legal action against those circulating rumors about their “inappropriate relationship,” while actor Cho Jung-seok threatened taking action against people sharing rumors that he is dating Yang Ji-won, a member of the girl group Spica.

On Thursday, actor Jung and producer Na, who worked together on the second season of tvN reality program “Youn’s Kitchen,” denied the rumors surrounding them. The two decided to take legal action against those who spread the rumors online.

Jung’s agency Management Soop said it was displeased with how its actors were faced with groundless rumors.

“We will not overlook rumors that have been indiscriminately spreading to tarnish the reputation of our actor,” the agency said.

“We have already gathered evidence of those who first posted the false statements online. We will file a lawsuit soon,” it added.

Producer Na, who is currently abroad, also released a statement through his agency CJ E&M saying that the rumors are false and that the agency will take legal action.

“This has to do with my reputation and my family, so I will be going over this properly. My agency and the lawyers are preparing necessary evidence and paperwork, and we will soon file a complaint,” he said.

“I simply don’t understand why anyone would spread false news. Until yesterday, I found the rumors so absurd that I actually laughed at them. But now, they are spreading as if they are true. This is very sad,” he added in the statement.

Recently married actor Cho also denied rumors that he was in a relationship with Yang of the girl group Spica.

According to Cho’s agency JS Company on Thursday, “Malicious rumors about Cho are spreading in online communities. Until now, we have not been taking legal action against any of the previous groundless rumors,” it said.

“However, we cannot overlook the rumors anymore as they also involve false information regarding both Cho and his family. We will take legal action against these rumors if they continue to spread and tarnish the actor’s reputation,” the agency added.

The actor married singer Gummy on Oct. 8, after the two dated for five years.

Since Wednesday, both Cho and Yang’s names have been popular searches on Korea’s top search engines.