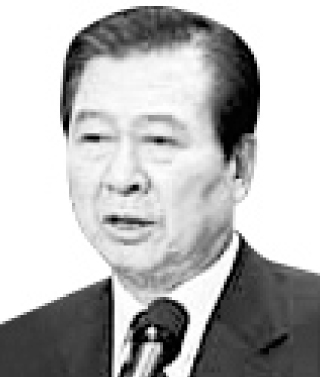 SEO SEUNG-WOOK
The author is the head of the JoongAng Ilbo Japan.

I cannot forget the moment, even after 20 years. It was at the press room on the third floor of the Hannara Party in front of the National Assembly in Yeouido, western Seoul, on March 25, 1998. Lee Hong-koo, who served as the prime minister and head of New Korea Party — the predecessor of the Hannara Party, which is now Liberty Korea Party — in the Kim Young-sam administration, held a press conference. President Kim Dae-jung, who was inaugurated a month earlier, had named him ambassador to the United States.

Lee said that it was unprecedented for a former head of an opposition party who served as prime minister to be appointed to an ambassadorship. He was the U.S. expert of the time. He was also a veteran of the opposition party who was once considered for a presidential bid. It was quite awkward that he was appointed ambassador to the United States and held his press conference at the offices of the party that had been devastated after losing the presidential election. Some even argued that President Kim’s appointment was a strategy to destroy the opposition party.

I was the youngest reporter in the political news team and wrote what Lee said during the tense press conference. Despite the uncomfortable atmosphere, he spoke calmly. “After the IMF bailout, Korea is in a special situation that the country never experienced. It was not an easy decision, but if the country needs my service, I have to do my best,” he said.

The more I thought about that moment 20 years ago, the more refreshing the appointment feels.

President Kim was determined to appoint a former opposition leader because he was an expert, and the appointee revealed his belief at the party headquarters where he was not welcome. It is hard to find such attitudes today.

What made me remember the old memory was the diplomatic appointments of the current administration that stand in contrast to the Kim Dae-jung administration. While the organization was reshuffled to break the practice of biased appointments, some complained that those knowledgeable in nuclear and North American affairs were excluded and those who had connections with the Roh Moo-hyun administration or were from certain schools thrived.

At the historic crossroad for the fate of the Korean Peninsula and Northeast Asia, the manpower of the foreign policy command leading national interests leaves me with questions.

After the Ministry of Foreign Affairs announced appointments recently, Japanese Foreign Ministry officials, known for their prudence, asked what the standards the Korean government had when appointing diplomats. They seemed to find it amusing that the top could fall to the bottom and vice versa depending on the administration.

Does the decision of President Kim to appoint anyone competent 20 years ago violate the “candlelight spirit” of today?