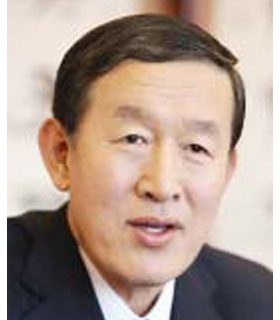 GS Group Chairman Huh Chang-soo ordered the group’s chief executives to actively tackle the Southeast Asian market by using Thailand as a strategic base during a two-day meeting held in Bangkok from Wednesday.

The group has been holding CEO meetings every year since 2011 in markets deemed important for GS. The executives mainly discuss how to boost the group’s overseas business.

According to Huh, Thailand is an important market considering the economy’s fast growth and demand to build new infrastructure.

“Thailand’s economy is expected to grow by about 4 percent this year,” he said.

Thailand is also being spotlighted for its “Thailand 4.0” economic model. The country is hoping to foster digital industries for the future, moving its focus from traditional manufacturing under the industrial policy.

The country is also developing a so-called East Economic Corridor with aims to develop three eastern provinces to be a hub for technological manufacturing and logistics. For the next five years, the country will invest 50 trillion won ($44.1 billion) in the project.

“It is becoming an economic hub for [Association of Southeast Asian Nations members,]” Huh added.

Huh also emphasized that GS should go together with local small and midsize enterprises and start-ups when going global.

“Goods made by Korean SMEs are gaining popularity in Thailand thanks to the popularity of Korean culture in the country,” Huh said. “Using the global network GS already possesses, we should create an environment where local SMEs and start-ups can grow together with GS.”