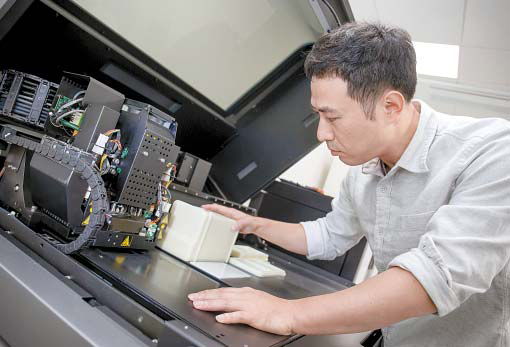 Samsung Electronics is opening up its internal incubating program, C-Lab, to young entrepreneurs from outside the company, and it plans to help 300 of them over the next five years.

It will incubate 200 internal start-up projects during the same period, bringing the total to 500 by 2023. Expanding support to start-ups is part of Samsung’s massive 180-trillion-won ($158-billion) investment plan announced in August.

“There were lessons learnt during our last six years running C-Lab inside the company, so we suggested sharing our experience and know-how externally as a way to contribute to solving the problem of youth unemployment,” said Lee Jai-il, vice president of the company’s Creativity & Innovation Center, at a press event held Thursday at Samsung’s R&D center inside Seoul National University.

Of a total 230 ideas suggested to C-Lab, 78 eventually became a Samsung product or service while 36 people who had those ideas quit their jobs to establish start-ups of their own.

Some went as far as to set up offices in Silicon Valley or show their products at the Consumer Electronics Show.

“Another thing I noticed working with 200 C-Lab teams is that there is a type of person more suited than others to do innovative work,” said Lee. “When it comes to realizing their own idea, these people have a tendency to completely immerse themselves in that task and I believe these are the type of people that will lead this country’s future.”

Opening the one-year program up to outsiders, Samsung will select 20 external teams every year, mainly in their early stages.

It already has chosen 15 teams this year and they are working inside the R&D center, which the company built in partnership with Seoul National University last November.

The center looks more a co-working space, not the typical feel for an office at Samsung, which has a reputation for a hierarchical and inflexible corporate culture.

Several groups were having discussions inside meeting rooms while smaller groups of three to four worked on laptops on random tables in open spaces.

The building also has a space equipped with 3-D printers and laser cutters to create prototypes.

There’s a cafeteria that serves three meals a day on the fourth floor, and across from that is a meeting space that offers a wide view of trees in the campus.

A Samsung staffer said they tried to create “a soft and cozy space fit for young start-ups.”

All the facilities in the building are offered for free for a year to C-Lab teams. Other advantages include financial support of up to 100 million won and mentoring from various experts from Samsung.

“What I’m looking forward to, even more than the infrastructure and financial support, is the possibility to find collaboration points with existing Samsung services or businesses and possibly find new service ideas we couldn’t think of before,” said Jinu Kim, CEO of the mobile app Liner, which is one of the 15 external C-Lab teams.