In North Korea, living on a paycheck can’t be done

In North Korea, living on a paycheck can’t be done

To commemorate the 53rd anniversary of its founding, the JoongAng Ilbo is running a special series of reports on the development of a market economy in North Korea. The JoongAng Ilbo teamed up with the Institute for National Security Strategy (INSS), a national security research institute under the National Intelligence Service, to interview recent defectors on the current state of North Korea’s economy. Names have been withheld or changed for the defectors’ security and that of their families still living in the North. – Ed. 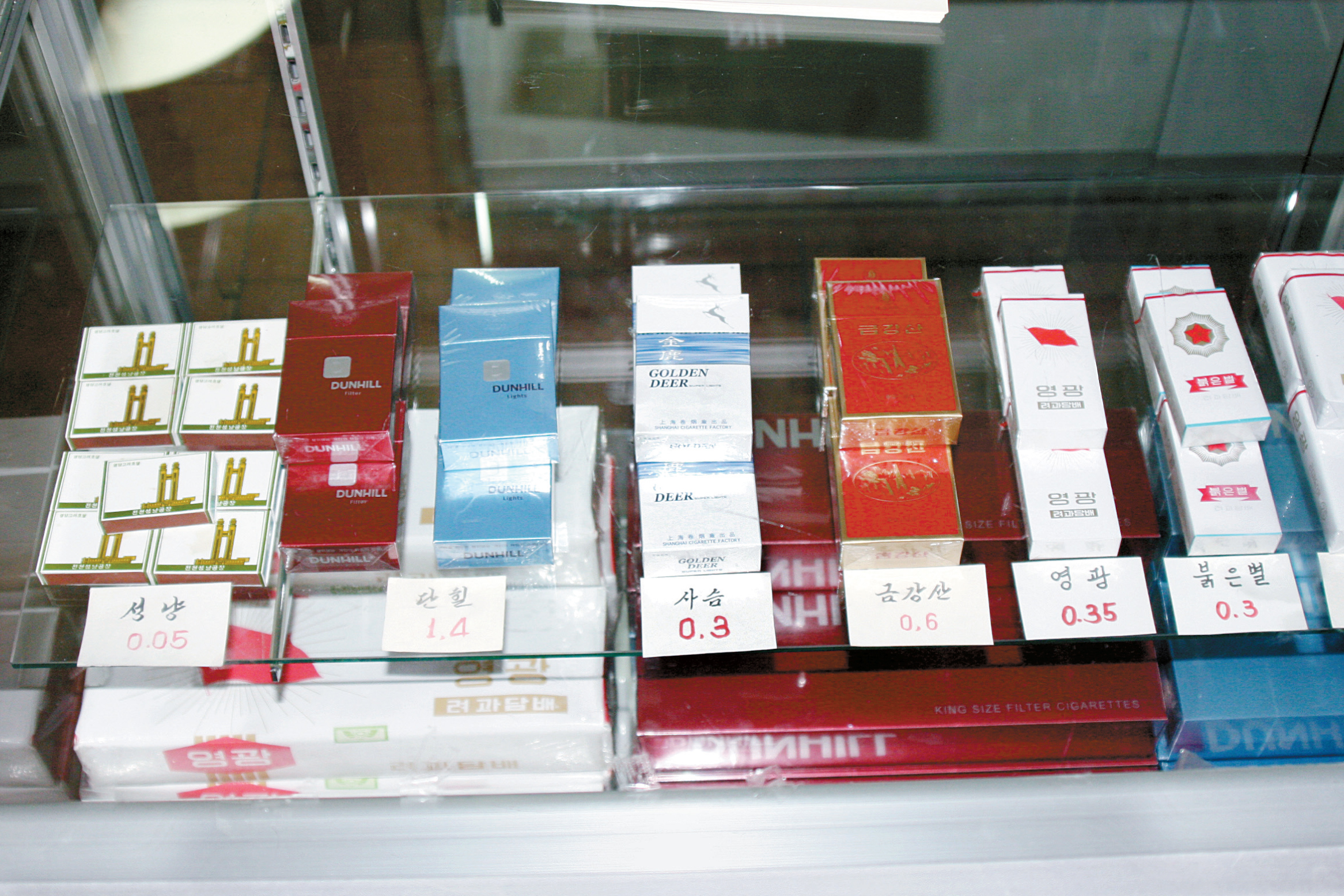 A cigarette stand in Pyongyang photographed in May 2006 with prices listed in U.S. dollars. Prices for a pack of cigarettes ranged from 30 U.S. cents to ＄1.40 at the time, but now range from ＄2 to ＄5, according to recent defectors. [JEONG YONG-SOO]


At first glance, it appears impossible for an average North Korean worker, who earns a monthly salary of 4,000 North Korean won ($4), to survive in an economy where a pack of cigarettes costs more than that — 5,000 won.

The solution, explains one high-level detector, can be found in bonuses and side jobs.

The defector, who said he was involved in economic policymaking in the North, said people live on their official wages and bonuses offered at the workplace, as well as money earned through side jobs.

“When I first came to the South, people here talked only about the official monthly wage when discussing the North’s pay system,” he said. “But in reality, North Korean workers earn much more through bonuses than official wages.”

Basic incomes are uniform at 4,000 won per month regardless of the type of job or rank. But there is no ceiling at all on the supplementary income given through bonuses, which vary according to factories and workplaces, he said.

That notion was corroborated by the JoongAng Ilbo’s reporting from a factory in Pyongyang way back in May 2006, when reporters from the South were briefly allowed to tour a few of the North’s factories. On a finances chart put up at one particular factory, the average income of a worker in 2005 was set at 20,070 won, which included the basic income plus bonuses and incentives. A source at the time told the paper that an individual’s income stood at 33,678 won in Sept. 2005 and totaled 240,848 won for the year. In effect, that meant that workers received much more from bonuses and incentives than from basic wages.

Defectors attest that economic activity has been ramping up in North Korea, particularly after the government amended its economic laws to relegate the control of most production in factories to managers and administrators in the field.

This effectively transformed the country’s production system, shifting from a structure in which the government collected and distributed all goods produced to one where factories sell their products for profit but pay a tax of 30 percent of their revenues to the central government. As a result, workers’ compensation has rapidly risen, albeit in the form of incentives and bonuses.

Recently around 40 percent of the North’s factories were said to be operational, compared to a measly 10 percent in the early 2000s, when the country was still reeling from the famine that ravaged its society a decade earlier.

According to another defector who was involved in economic policymaking in the North, wage structures have begun to vary between different factories and workplaces, a major departure from the uniform income structure of the past.

“Because people have been spending more recently, some foodstuff factory workers receive up to 400,000 won a month,” he said. “Average wages at mines or steel mills range at around 100,000 to 300,000 won, while wages at a shoe factory in Hyesan stand at around 30,000 won.” Some factories generate such a profit that their workers don’t have to work side jobs at all, he said, attesting to a widening wealth gap.

Authorities have been aware of growing inequalities since the collapse of the public distribution system — the crux of its planned economy — since the mid-1990s, and have undertaken measures like price controls and wage raises to ensure that the country’s citizens are guaranteed basic livelihoods. 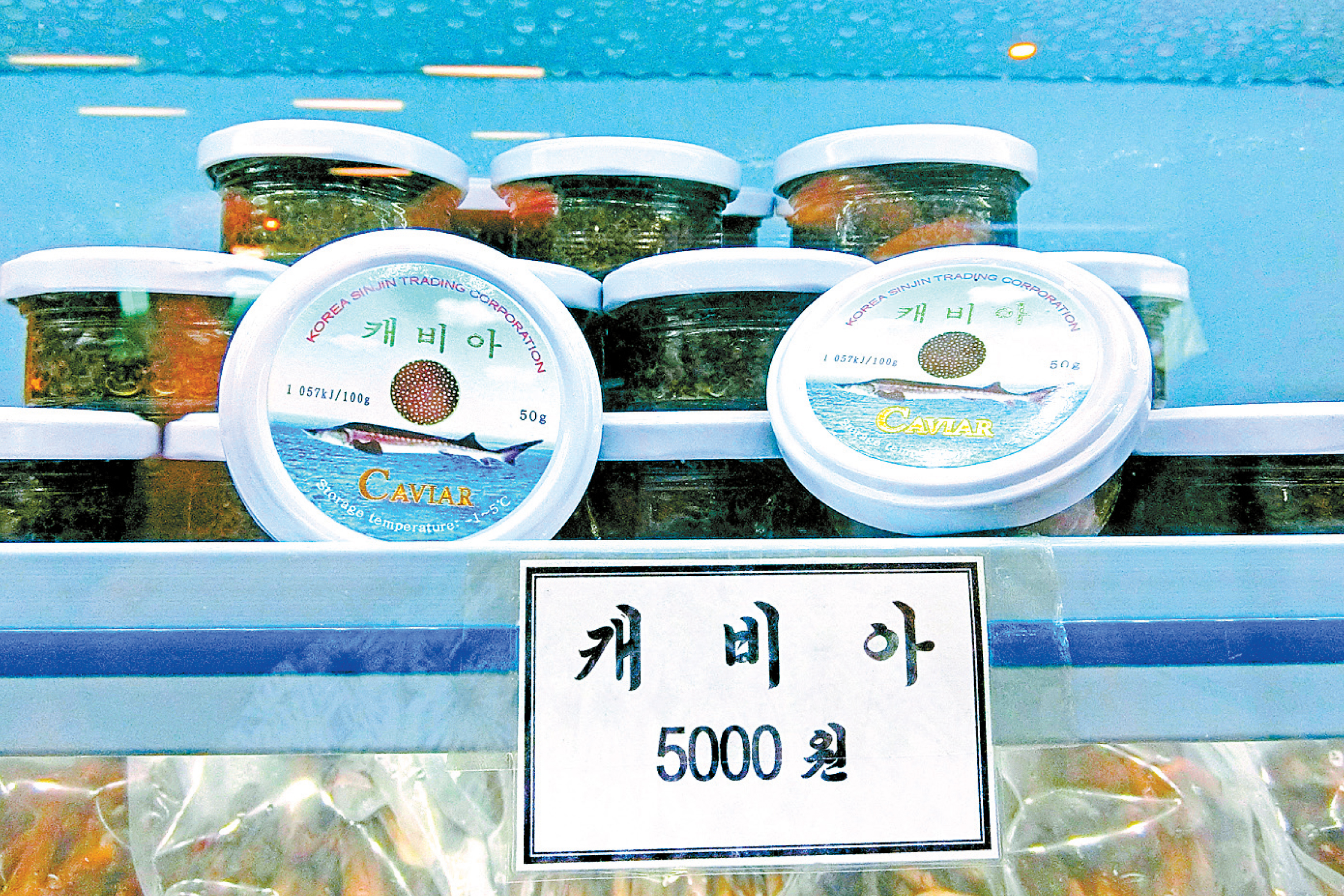 Such were the considerations behind a major reform drive in July 2002, when the official wage was raised 18 times from around 200 won to 4,000 won along with other measures like currency adjustments and permitting goods to be traded. At the time, the government explained these changes as a measure to adjust workers’ income in accordance with price levels.

The defector who worked as a high-level cadre in economic planning said officials at the time calculated the basic income an average citizen needed to survive was 2,000 won a month. Thus a 4,000 won monthly salary was deemed sufficient to sustain a family of four with two breadwinners, he said.

But the market proved too unpredictable for the government to adapt to. With prices rising and commerce growing, the state once again found itself forced to control prices by 2009.

In November of that year, North Korea abruptly announced a “currency reform” that renominated its currency at a rate of 100 to 1, partly to flush out money horded by people. But this measure, the high level defector said, did little to bring down prices, and the inflation continued to plague the country.

A mid-range priced pack of domestically produced cigarettes cost around 60 U.S. cents in 2008, but now costs two to five dollars, while a popular ice cream that used to cost a dollar for five units now costs a dollar for only two. A bottle of beer that used to cost 40 cents is now $1.20. These prices were all calculated from prices set at official stores in North Korea, converted into U.S. dollars.

Recent defectors say that prices in the market are far higher than those displayed in stores licensed by the government. One who said he frequented Pyongyang’s markets testified that a pair of men’s sneakers that used to cost 200 won after the 2002 wage hike cost 3,000 won by 2010. “Now they sell for 10,000 won a pair,” he said. While basic incomes have remained frozen at the level they were set in 2002, prices in the market have jumped more than tenfold.

Another defector who lived in Hyesan in Ryanggang Province across the river from China said that the rapidly soaring prices have led residents to lose faith in domestic currency, leading to most transactions being done in Chinese yuan. “A minimum of 300 yuan [$43] is needed to support two people,” she said. “If this is converted into the domestic currency, it amounts to 350,000 won.”

Naturally, ordinary people can hardly afford luxuries like cigarettes or alcohol, according to nearly all defectors interviewed.
“The prices of necessary goods and services like public transportation or rice are set at low levels,” said one defector who lived in Pyongyang. “But non-vital goods like cigarettes or luxury dishes like caviar cost several thousand won.

“If you don’t spend money on eating out or going to the amusement park, you’ll probably not starve,” he added. “But life is no fun just eating rice.” As prices rise and spending grows, people are resorting to the market to supplement the measly income made in their official occupations.

Educators give private lessons to those who can afford it, while people with extra dollars go to the market to make money through illegal currency exchanges, defectors said. While the official dollar to North Korean won exchange rate is 1:100, a dollar goes for up to 8,300 won on the black market. So any person with dollars to spare trades them for local currency, which is then used to buy necessary goods.
Even civil servants have resorted to working side jobs in the market, and all the while, the government pretends nothing is out of the ordinary.