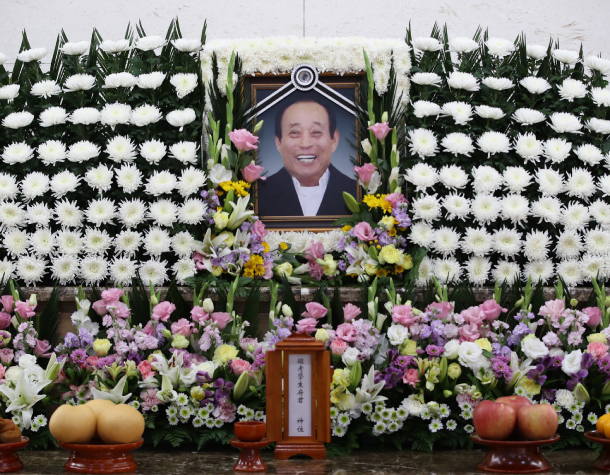 A wake is held for Kim Sung-do, 79, the only remaining resident of Dokdo, Korea’s easternmost islets in the East Sea, at the Asan Medical Center in Seoul on Sunday. Kim died earlier that day after suffering from liver cancer since September, according to the North Gyeongsang provincial government, which administers the islets. He will be laid to rest at the national cemetery in Daejeon, south of Seoul. Kim, who was called a guardian of the islets, had lived there since the 1960s and had promoted Dokdo as Korean territory. [YONHAP]