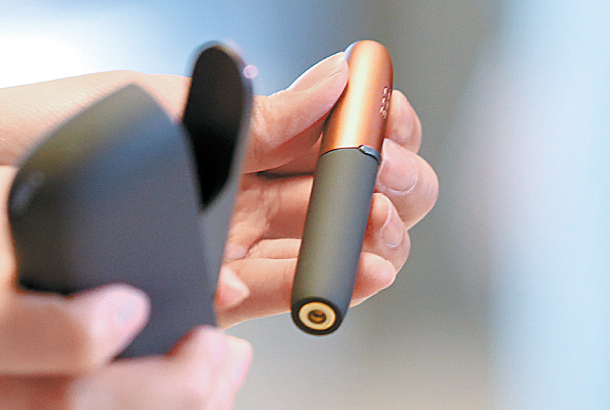 Philip Morris Korea unveiled two new versions of its IQOS heat-not-burn device on Tuesday, one of which allows users to chain-smoke up to 10 refill sticks.

The IQOS 3 and IQOS 3 Multi were unveiled simultaneously at press events held in Korea and Japan.

The model that received the most attention at the press event was the IQOS 3 Multi. Unlike the IQOS 2.4, the IQOS 3 Multi has a body that combines the holder and charger, making it look more similar to competing products lil from KT&G and glo from British American Tobacco.

The most notable feature is that the 50-gram IQOS 3 Multi allows users to smoke up to 10 refill sticks consecutively without needing to be recharged. Each stick can last up to six minutes, meaning that users can now smoke for an hour without having to recharge the device.

“After releasing IQOS for the first time in Italy and Japan in 2014, we received customer feedback over the first year asking for a product that combines the holder and charger - we’ve been developing this for the last two years after that,” said a Philip Morris Korea employee at the event in central Seoul.

The IQOS 3 is an upgraded version of the IQOS 2.4 that started sales in Korea in May last year. Like the IQOS 2.4, it comes with a holder for the tobacco-filled stick that can be removed from the charger and is therefore smaller and more discrete.

The biggest difference is the way the holder can be pulled out of the charger. Unlike the previous model that had a lid on the top, the IQOS 3 has a sliding door that opens from the rear. On the bottom of the handle is a magnet that helps users fit the holder inside the charger more easily. The IQOS 3 also has a shorter charging speed for the holder, reduced by 40 seconds to three and a half minutes.