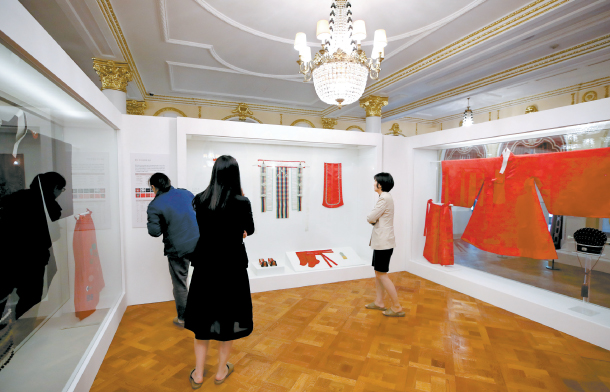 At Seokjojeon Hall of Deoksu Palace, central Seoul, visitors can check out royal garments of the Korean Empire (1897-1910). Titled “Imperial Attire of the Daehan Empire,” there are both traditional clothes worn by the king as well as the Western styles worn by Emperor Gojong (1852-1919). The exhibition runs until Dec. 12. [CULTURAL HERITAGE ADMINISTRATION]