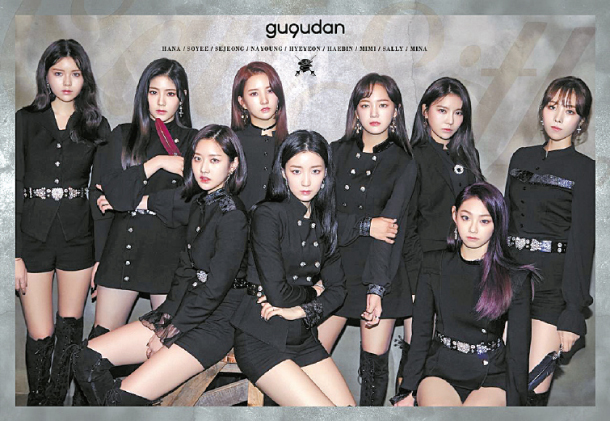 Nine-member girl group Gugudan will be holding their first-ever solo concerts at the end of the year. According to their agency Jellyfish Entertainment on Wednesday, “Gu9udan 1st concert PLAY” will be held on Dec. 1 and 2 in the Welch-Ryang Auditorium at Ewha Womans University in western Seoul. The concert will start at 7 p.m. on Saturday and at 5 p.m. on Sunday.

“We are finishing the final touches of the upcoming EP, and we will make sure to provide fans with an unforgettable concert,” the agency said. The EP will drop on Nov. 6.

Gugudan is Jellyfish Entertainment’s first girl group. Each of the group’s albums have featured fairy tale themes, such as “The Little Mermaid,” “Puss in Boots” and “Charlie and the Chocolate Factory.”

Three of the group’s members - Sejeong, Mina and Nayoung - were contestants on the first season of Mnet’s idol competition show “Produce 101” and also make up the group’s sub-unit Semina.

Tickets to Gugudan’s two-day concert will go on sale at 8 p.m. on Oct. 30 at ticket.interpark.com.