Hyunbin stays focused on reinventing himself : In the action-packed ‘Rampant,’ the actor shows his tough side

Hyunbin stays focused on reinventing himself : In the action-packed ‘Rampant,’ the actor shows his tough side 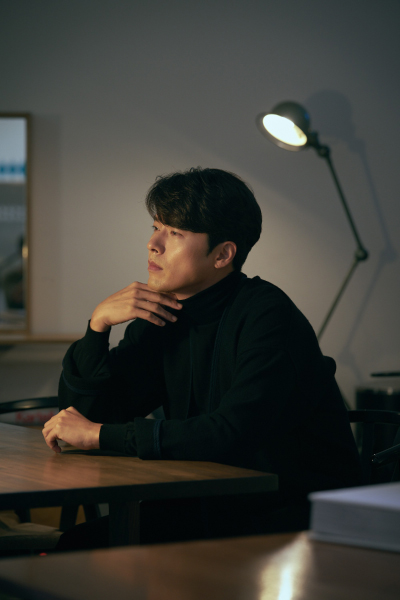 Every time actor Hyunbin tries to relax after completing a movie, a distraction appears: a new script that he cannot resist.

Since jumping into the entertainment industry in 2003, Hyunbin has gradually built up the image of a rich and handsome heartthrob who looks and acts cool but has a warm heart, as seen in a number of his works, including the hit SBS drama series “Secret Garden” (2010) and 2006’s romance release “A Millionaire’s First Love.”

But over the past few years, the 37-year-old has attempted to get rid of that image, and has searched for something new. This passion drove the actor to take part in a variety of films that he may not have worked on before, pushing himself to the limit.

The actor has been busy over the past few months, starting off with his role in September’s “The Negotiation,” in which he appears as a ruthless arms dealer. And now, only a month later, he has returned to the big screen in the historical fantasy flick “Rampant.”

After his roles in the action-packed “Confidential Assignment” last January and the crime flick “The Swindlers” two months prior, one might guess the actor could be looking to take a break following the release of “Rampant.”

And while that was his plan, the chance to participate in tvN’s upcoming series tentatively titled “Memories of the Alhambra” was apparently too attractive to resist. The drama, which is currently in production, is scheduled to premiere in December.

“I was hoping to take some rest after ‘Rampant,’ but then I read the script for this drama,” said Hyunbin with a laugh during an interview in central Seoul on Monday to discuss his latest feature “Rampant.” “My plan is to finally take a break after the filming for this series ends, but who knows? I might come across another irresistible script.” 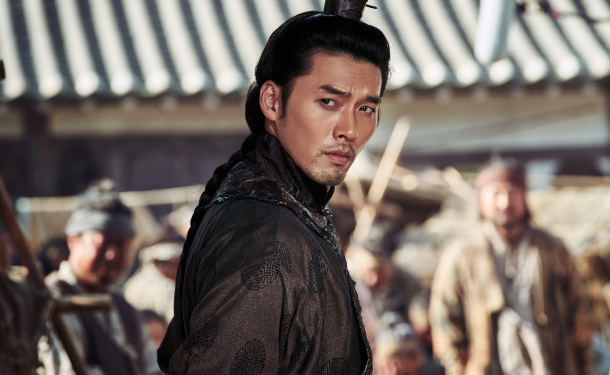 The period fantasy movie is packed with action scenes, giving Hyunbin the perfect opportunity to show more than he has in previous roles.

When he was offered to play the role in “Rampant” by “Confidential Assignment” director Kim Sung-hoon, he was initially unsure because it seemed too comedic and he could not imagine how the story could be made into a movie. But his desire to try something new gave him the confidence to join the fantasy creature film, in which he plays Yi Chung, a prince who returns from the Qing Empire after his brother - the trustworthy crown prince - dies.

Upon returning to Joseon, Yi encounters zombies who feast off the necks of whoever they catch and rapidly spread the disease. Yi’s return is not welcomed by Kim Ja-joon (Jang Dong-gun), an ambitious minister of war who attempts to take over the throne from a greedy king who is paranoid over losing his throne.

Though Yi initially plans to return to the Qing Empire after the visit, he becomes deeply invested in handling the zombies, as well as Kim, who attempts to take advantage of the disastrous situation.

“When I received the script, I was mulling over what new aspects of myself I could show to the audience. Through the movie, I was hoping to show a new type of creature fantasy film as well as unique action scenes that weren’t in ‘Confidential Assignment,’” the actor said.

He added, “There is no answer to acting. It is a matter of who represents the character, because depending on who takes on the role, a completely different character could be born. [Through ‘Rampant’], I wanted to show something unique to myself.”

The actor still hopes to show audiences the handsome image that people expect from him, but he is determined to only take on that type of role if he can do something new with it.

“Yes, I do want to do what the fans want to see from me, but there has to be a new element in the role. If I can’t find anything different from what I had done in the past, I don’t really want to do it again,” the actor said firmly.

Working again with the same director was helpful while on the set for “Rampant.”

“There is an advantage to working with the same director. Since the director and I already understood each other from [working on] ‘Confidential Assignment,’ he knew what aspects of my acting he could use in which scenes.”

Hyunbin added, “Because of this understanding, the director knew what more to ask from me without pushing me too hard when working on action scenes.”

Looking back on his career, Hyunbin believes that he has accumulated a great deal of experience and skills from being an actor. However, he also believes that he may have lost the natural and uncalculated reactions he used to show on screen when he was younger.

“In order not to forget how to react naturally, I sometimes watch my past films and dramas to understand how I used to act,” which, of course, is all part of his efforts not to be the same old Hyunbin.