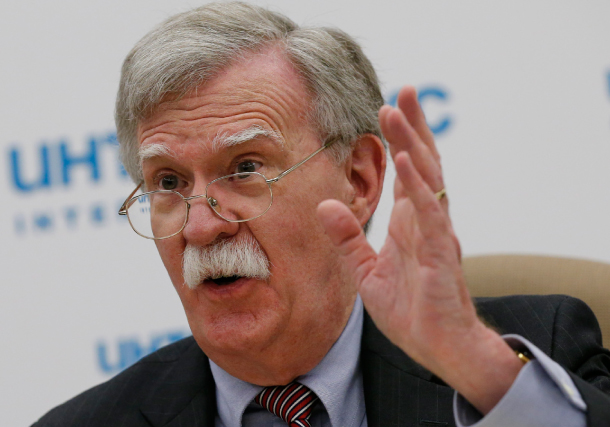 “Trust but verify” was the principle that U.S. President Ronald Reagan adopted as he negotiated for nuclear weapons reduction with Soviet General Secretary Mikhail Gorbachev in 1987. The expression comes from a Russian proverb. President Donald Trump, who says his role model is Reagan, recently said, “Don’t buy a pig in a poke” on North Korea’s demand for an end-of-war declaration. The two idioms have a similar meaning.

Opposition to nuclear weapons began in the 1910s, when the might of a nuclear bomb was purely theoretically, but anti-nuclear weapons hit full swing after an atomic bomb was dropped in Hiroshima in 1945. Activism by physicists and citizens and the Russell-Einstein Manifesto in 1955 helped spur nuclear reduction and control systems. After the Cuban missile crisis, President John F. Kennedy told the United Nations in 1961, “Every man, woman and child lives under a nuclear sword of Damocles, hanging by the slenderest of threads, capable of being cut at any moment by accident, or miscalculation, or by madness.”

Reagan and Gorbachev wrote a chapter in the history of nuclear reduction. In December 1986, the two leaders met for two days in the Icelandic capital of Reykjavik. It was during the height of an arms race between the United States and Soviet Union as the detente of the 1970s ended. Arms reduction experts were waiting in the next room while Reagan and Gorbachev met. While they failed to agree on the Strategic Defense Initiative (SDI), the first step toward the nuclear reduction agreement in Washington a year later was established. It was the Intermediate-range Nuclear Forces (INF) Treaty. The United States and the Soviet Union agreed to eliminate and verify ground-launched ballistic and cruise missiles with a range of 500 to 5,500 kilometers (310 to 3,420 miles). It became the foundation for the Malta Summit in December 1989, where the Cold War ended, and the Strategic Arms Reduction Treaties in 1991, 1993, and 2010.

Trump announced that after 31 years, the United States was withdrawing from the treaty because of Russia’s non-compliance. Trump also warned China about its strategic nuclear missile development. By withdrawal from the INF, Trump announced that the United States would reinforce its nuclear program, but it would reduce nuclear weapons if Russia comes back to its senses and China joins the treaty.

While it is brinkmanship, the objective is to make an expanded treaty with China and Russia.

With the slogan of “Make America Great Again,” Trump dreams of being the second coming of Ronald Reagan and plans a new round of nuclear reduction negotiations. Now that China has risen as a giant, can he continue Reagan’s legacy?