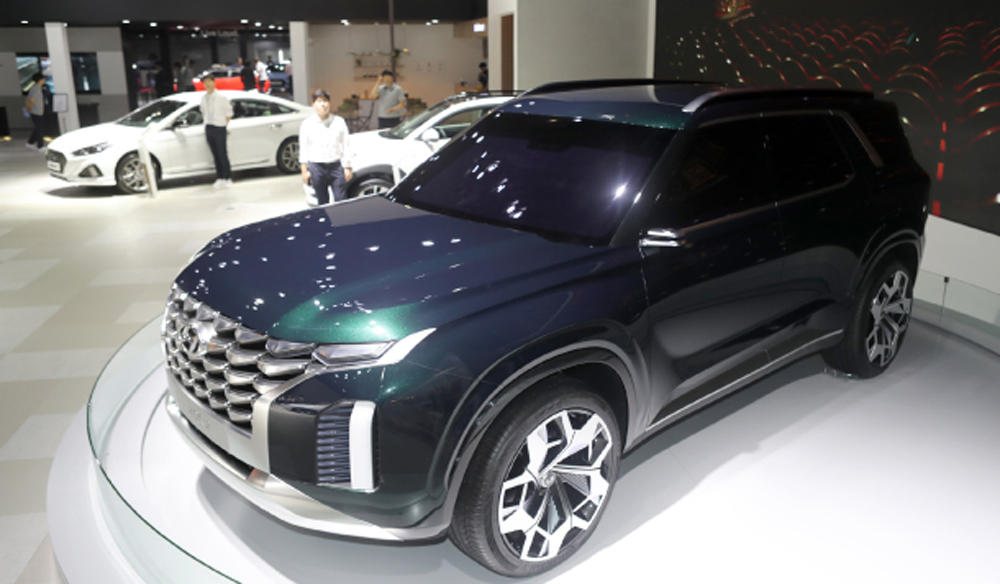 The popularity of sport utility vehicles (SUV) is likely to continue through next year in Korea, with larger models increasingly in demand.

Large SUVs were once shunned by consumers because they use so much fuel and have traditionally been considered less stylish. With Korean roads congested and parking in the country limited, it is an impractical class of vehicle for most.

For these reasons, Hyundai Motor’s Veracruz large SUV was discontinued three years ago.

The totals remain low, with large SUVs a mere 2 percent of the overall vehicle market in Korea, though manufacturers believe that the low numbers suggest opportunity. Carmakers are once again betting on the larger SUVs, expecting their popularity to increase along with that of SUVs in general.

“The big SUV market has been very limited until now,” said an official from SsangYong Motor, a brand that specializes in the vehicles. “The carmakers believe that the growing interest in SUVs overall will extend to the large models. And when new models come out, interest will inevitably grow.”

Hyundai Motor is planning to introduce the Palisade, a new large SUV, in November. It was previously known by its concept name, the HDC-2 Grandmaster. The model has been attracting considerable attention since it was unveiled at this year’s Busan Motor Show.

The launch of the Palisade is expected to enhance the SUV lineup at Hyundai. Hyundai Motor has long focused on sedans. It now offers four SUV models: the small Kona, the compact Tucson, the midsize Santa Fe and the soon-to-be introduced Palisade.

GM Korea is planning to import the Chevrolet Traverse SUV next year as it works to boost the brand’s sales. The Traverse SUV can accommodate up to eight people.

Kia Motors launched a revamped version of its large Mohave SUV early this month to respond to rising demand in the market. For a time, the Mohave was one of few large SUVs available in the country. The revamped version comes with Kakao i, Kakao’s voice-recognition technology, and an upgraded surround-view monitor, which provides a view of the area behind the vehicle.

It was rumored Kia Motors was planning to offer the new Telluride SUV, showcased as a concept model at the 2016 North American International Auto Show and mass produced for this year’s New York Fashion Week. It would be a comparable vehicle to the Mohave.

A Kia Motors official, however, denied the plan, saying the Telluride is currently a “strategic model” and only for the North American market.

SsangYong Motor has been leading in the large SUV market with its premium G4 Rexton, revamped and relaunched in August. The new version comes with a range of smart car technologies, such “touch-sensing doors,” which lock or unlock with the brush of a hand. It is the first time a domestic SUV has been offered with the technology.

The popularity of imported large SUV models is also contributing to rising interest in the segment.

Ford’s Explorer 2.3 was the third best-selling model out of all imported vehicles in September. A total of 4,823 units in total were sold this year as of September, a 12.4 percent year-on-year rise.

Land Rover’s large Discovery SUV is standing out from the crowd as well. Sales of the Discovery and the Discovery Sports totaled 5,553 units this year as of September, which is 52 percent more than what was sold during the same period last year.