MOON SO-YOUNG
The author is the head of cultural news at the Korea JoongAng Daily. 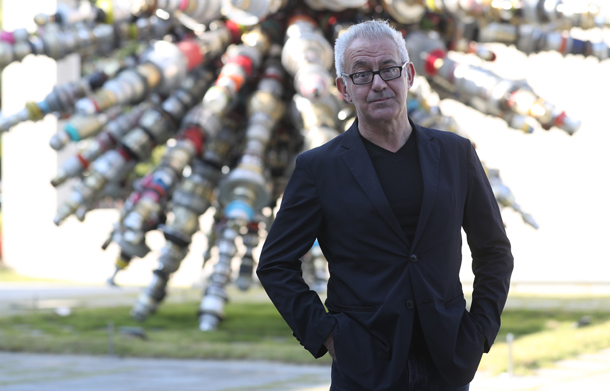 Recently, I interviewed Bartomeu Mari, director of the National Museum of Modern and Contemporary Art. The first foreigner to hold the position, Mari is to leave the museum at the end of this year as his term was not renewed. Although he was still circumspect, Mari was more frank in the interview, which was published in the Korea JoongAng Daily.

The first question was about what he thought of the Ministry of Culture’s decision not to renew his contract because the museum should “focus on establishing the identity of Korean art.” It sounded like they think a foreign director is unable to do the job, and there is some platonic ideal form for the “identity of Korean art.”

He responded, “I don’t agree with the idea that only Koreans can understand Korean art, especially in the time we live in right now. But I respect the ministry’s choice. As for the identity of Korean art, you need a lot of time to be able to explain it — many museum programs and probably an entire life to formulate it.

“The identity of Korean art changes constantly because it has many diverse artists. It is difficult to say a single identity. What is specific to Korean art is the way in which it translates the very-compressed transformations of Korean society and culture. Those transformations happened in about 120 years, whereas they took more than 300 years in other countries.”

The light and shadow of the compressed transformations were revealed in the interview with Mari. On the characteristics of the Korean art world, he said that Koreans enjoys new art, unlike Japanese people, who are interested in heritage, and there are many extraordinary artists in different generations and genres.

Meanwhile, he criticized national and public art museum administrations for lacking continuity and being short-sighted. While he believes that collections make up the identity of a museum and should be based on research and long-term planning, he was surprised that the focus of acquisition changed every year. As he addressed various issues with the museum, he mentioned “continuity” and “long-term.” Of course, these are issues that the Korean government and society as a whole struggle to deal with.

On his future plans, Mari said that he got offers from several European art institutes. He said he would still work to promote Korean art in the global context, but wouldn’t want to take any more short-term jobs. The head of art institutes in Europe work for a minimum of five years, and contracts are likely to be renewed. Museum directors’ capabilities peak from the seventh year, he said. But at the National Museum of Contemporary Art, not many finish the mandated three year-term. Mari hopes that the next director can work for a long time with freedom.