A day Ryu will rue

A day Ryu will rue 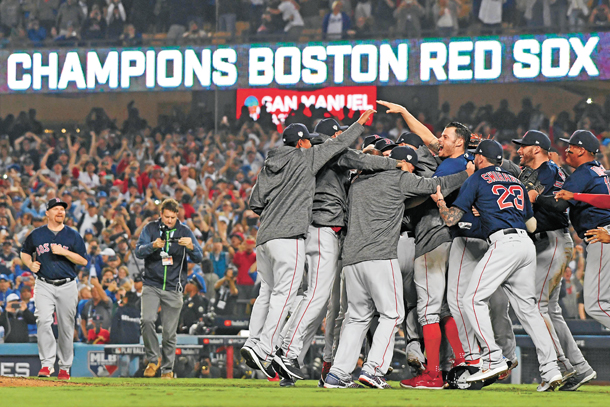 Boston Red Sox players celebrate after defeating the Los Angeles Dodgers 5-1 during Game 5 of the World Series at Dodger Stadium on Sunday. With a win, the Red Sox finished the series with a record of four wins and one loss to take home their ninth World Series title. Steve Pearce won the MVP award. For the Dodgers, this is their second straight runner-up finish. [GETTY IMAGES/YONHAP]