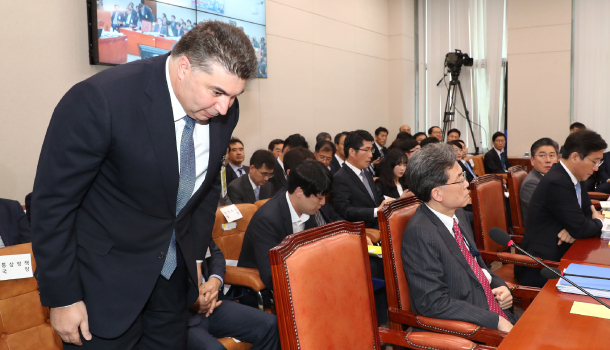 General Motors Chairman and CEO Mary Barra hinted at visiting Korea soon amid conflict over the spinning off of the Korean unit’s R&D division. If the trip happens, it would be Barra’s first visit to the Korean operations since she became chairman in 2016.

“I would like to visit our Korea operations at some point soon,” Barra wrote in a letter sent to labor union head Lim Han-taek on Oct. 24.

Lim had requested a meeting with Barra over GM’s decision to spin off the R&D division. 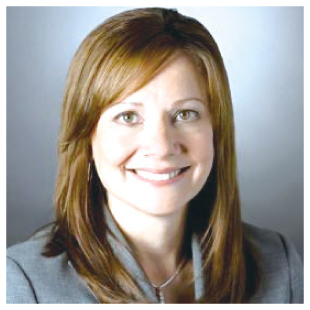 The labor union has opposed the idea, claiming a separate R&D center will eventually result in the ending of production in Korea, resulting in massive layoffs. On Oct. 19, the automaker approved the plan in a board meeting despite the opposition.

In the letter, Barra emphasized GM’s dedication to its Korean operations.

“The specialized unit will benefit from focused management, increased transparency on cost and improved operational efficiency,” Barra wrote in the letter.

“We think the demerger is an important step to allow both the engineering services company and the manufacturing unit to stand on their own as profitable, viable businesses.”

During a government audit held Monday at the National Assembly, GM Korea CEO Kazem said the company “has no plan to withdraw from Korea.” His comments assured lawmakers the spinoff is part of GM’s plan to stay in Korea longer than the initially promised 10 years.

“In fact, we are establishing a long-term commitment to GM Korea. [Building a separate R&D center enables] us to not only upgrade but also introduce new models. We are committed to building a very long-term future for GM Korea,” Kazem said. “The framework agreement says 10 years, but we are looking at longer than that.”

Kazem added that the company is engaging a number of parties on the possible redevelopment of the currently shut-down Gunsan factory, but he didn’t reveal details. He said he would “review” whether the plan for the Gunsan factory site could be included in the initial framework agreement.

GM abruptly shut down the Gunsan factory in May. GM Korea has since been beset by speculation of completely shutting down in the country.

The company and the Korean government have decided to jointly invest 7.7 trillion won ($6.7 billion) to save the ailing unit. GM also promised to stay in the country for the next 10 years.

A GM Korea official said that Barra’s visit to the country is not yet confirmed.