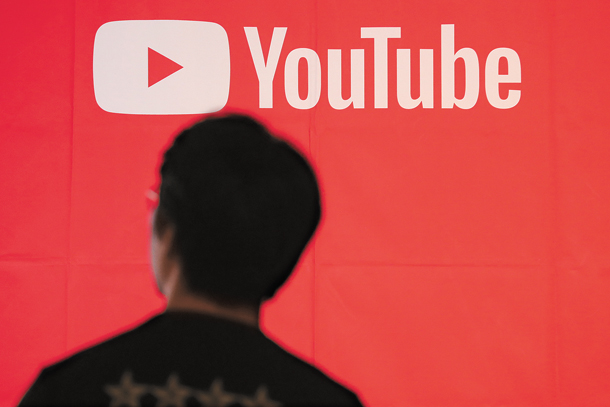 As the recent annual audit by lawmakers drew attention to corporate taxes paid by global IT companies, Google especially has grabbed the spotlight as its services face criticism for unfair practices.

On Oct. 10, Google Korea CEO John Lee appeared at an audit and did not adequately explain the details of Google’s sales structure despite being pressed by lawmakers. The attention has left the company facing criticism for a wide range of apparent infractions, from paying relatively little in corporate taxes to disrupting the local media industry.

In 2016, Google reported 4.46 trillion won ($3.91 billion) in sales in Korea through its application store Google Play. After adding advertising sales, which have reportedly reached over 400 billion won a year, Google’s sales total about 5 trillion won annually. The company is estimated to have paid only about 20 billion won in corporate taxes in 2016.

But the legal justifications for more heavily taxing Google are weak as the company’s operations are largely based outside of Korea. Google’s service is stored on servers in Singapore, and its Play store is operated by a corporate entity in Ireland.

Minister of Science and ICT You Young-min has said the government must gain an accurate picture of the local sales figures of global IT companies. We “will consider a joint investigation between the Finance Ministry, the Financial Services Commission and the Fair Trade Commission,” he noted.

Lawmakers are advocating taxes on digital services similar to those being pursued in the EU. The union’s planned legislation will place a 3 percent tax on the EU sales of global IT companies. 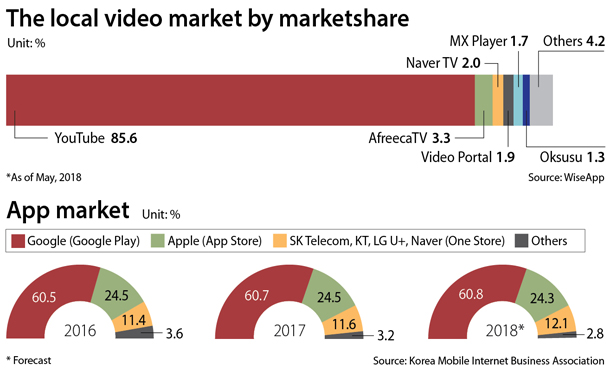 Park Sun-sook, a lawmaker of minor opposition Bareunmirae party, said that taxing global IT companies was an urgent matter.

“Due to the great impact on the local industry, there needs to be a plan without further delay,” she argued.

Critics are also pointing out problems faced by local companies due to the dominance of Google’s services.

On Oct. 21, local portal operator Naver said that since 2016 it has made over 123,000 requests to Google’s YouTube video streaming service to delete copyrighted content. Videos from Naver’s V Live service, which has videos of celebrities, are often illegally uploaded to YouTube. Google has gained advertising revenue as a result.

According to statistics from Naver, 700,000 viewers watched an episode on BTS produced by Naver on YouTube. To regulate its content on YouTube, Naver says it requested a content ID, which allows content owners to manage their copyrighted material on the service, but the request was denied.

According to application analysis company WiseApp, YouTube’s market share in the local video streaming market as of May this year was 85.6 percent. The Korea Communications Commission and the Ministry of Science and ICT announced that they will set out plans to regulate Google.

Despite the competition from Google, the government has ordered music streaming services to increase their copyright payments to 65 percent starting next year, drawing further complaints.

“Local companies are placed in a vicious cycle of a growing monopoly under Google as they lose their negotiating rights and become dependent on Google,” said Lee Seong-yeob, a Korea University professor who specializes in intellectual property.