A setback for democracy

A setback for democracy 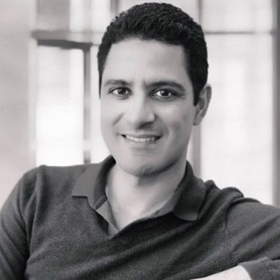 Helder Ferreira do Vale
The author is an associate professor at Hankuk University’s Graduate School of International and Area Studies (GSIAS).

In doing so, Bolsonaro defeated his contender, the leftist candidate Fernando Haddad, who received approximately 44 percent of the vote. Bolsonaro’s victory represents a historic setback for the country. After a radicalized and violent campaign, the newly-elected president may now put at risk Brazilian democracy itself.

The new president’s divisive rhetoric and authoritarian leadership style will do little to assuage the tense atmosphere surrounding the elections. In the final days of his campaign, Bolsonaro seemed determined to reaffirm his bigotry, which has become his trademark. Addressing a crowd of supporters, he promised to lead a purge of his leftist opponents: “Either they go overseas, or they go to jail.”

The tense and polarized elections have revealed an angry and alienated electorate. Since 2014, voters have been trying to cope with the worst economic recession in Brazil’s modern economic history. During this time, Brazilians have also witnessed the uncovering of a corruption scandal involving high-profile politicians from all the main political parties.

In this context of permanent crisis, Brazil has increasingly showed signs that its democracy was faltering, which has deeply influenced this year’s presidential elections. This situation has as its central component the inability of state institutions to respond effectively to economic and political crises, and, as a result, the trust of most Brazilians in their institutions has been waning. The widespread and desperate desire for significant change is the end result of this slow and painful process.

Since 2014, Brazilians have been declaring themselves in favor of a change in direction in the governance of their country. The growing support for change was reflected in the elections to the National Congress held on Oct. 8, when a veritable political renovation took place across both houses: 52 percent of the new members of Congress were not previously involved in politics. Bolsonaro’s victory likewise reflects this desire. In a recent opinion poll, approximately 30 percent of his supporters chose the new president because he promised significant change to the status quo.

Despite the electorate’s desire for change, there are strong signs that Bolsonaro does not represent the new. As a politician, he molded himself through a mindset that is rooted in a traditional political culture of patrimonialism and authoritarianism. Thanks to his incompetence, he existed on the fringe of politics for most of his almost 30-year parliamentary career, serving as a largely irrelevant politician in Congress. It is rather ironic, then, that Bolsonaro can represent change to a large number of his supporters.

As the “new old,” much of Bolsonaro’s appeal rests on prejudice against the socially and economically vulnerable sections of the population. His strategy of alienating a sizable portion of Brazilians can be called “elite entitlement to privilege.” It functions as an unwritten code that determines how the privileged should keep the non-elites marginalized.

The culture of elite entitlement in Brazil is racially-based. In a country that is the home of the second largest black population in the world, race is an important element of exclusion. Brazil never institutionalized race but diffuses racism through veiled social mechanisms, and elite entitlement to privileges functions as an informal filter sidelining non-whites. As this filter is arbitrary, it extends exclusion to other social groups not necessarily associated with race: women, homosexuals and the poor.

For Bolsonaro, the guarantee of equal and universal rights poses a threat to the current entitlement system. For this reason he considers rights to be a privilege. But he came to innovate, and one of his innovations is to turn prejudice into the expression of “truth,” thereby enshrining its acceptability. In Brazil today, prejudice seems to be widely authorized and normalized; the guarantee of fundamental rights is seen as a threat to rich Brazilians, who voted in vast numbers for Bolsonaro.

Bolsonaro’s praising of violence against social minorities, democratic institutions and practices has overshadowed the historical memory of the country. The year 2018 is symbolic for Brazil: Three decades ago the country transitioned to democracy; 130 years ago, it abolished slavery. But in post-election Brazil, the general atmosphere is not one of celebration for these anniversaries.

The governability of Brazil appears uncertain. Bolsonaro’s lack of a clear policy agenda only contributes to this uncertainty. During the campaign, he avoided providing clear details about policies, especially those concerning the pressing need for economic and political reforms. Added to which, Bolsonaro possesses dismal negotiation skills — an essential asset in a highly fragmented National Congress, in which his party controls only 10 percent of the seats.

These elections have served not only to elect a president, but also to bring to light what has remained for a long time submerged in Brazilian life: a political culture of mistrust and intolerance. Tapping into these underlying sentiments, Bolsonaro will be invested as president on Jan. 1, 2019, and without a doubt, Brazilian democratic institutions will find themselves under considerable stress thereafter.

So far it is unclear whether the democratic institutions will be strong enough to delimit the authoritarian inclinations of the new Brazilian president.