KIM DONG-HO
The author is an editorial writer for the JoongAng Ilbo. 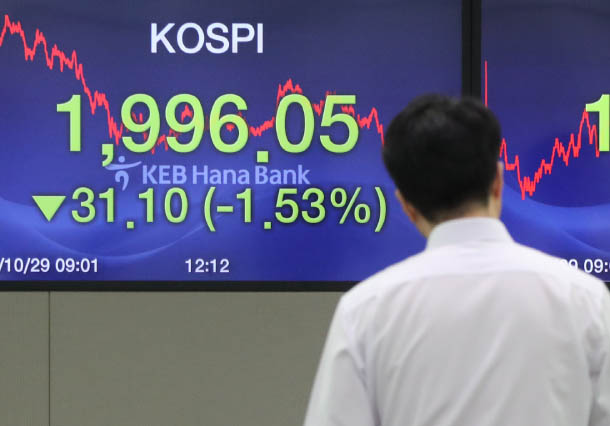 The Buy Korea boom started in 1999, as foreign investors flocked to Korea after the Korean economy quickly recovered from the verge of total bankruptcy. Foreign funds were headed to the stock, bond and real estate markets, including their direct investments on companies. Foreign investors swept up blue-chip stocks from the local bourse.

There were good reasons why the Korean economy was so coveted at the time. As Korean companies lowered their debt ratio and pursued management reform, their competitiveness soared. It was the time when Korea’s key industries — such as shipbuilding, steel- and auto-making and IT industries such as semiconductors and electronics — became strong, some of them even surpassing those of Japan. The Kim Dae-jung administration led the effort to overcome the foreign exchange crisis by encouraging technology innovation and start-ups. Then off-market Kosdaq was also promoted as a core stock market on par with the Kospi. Everything was made possible by drastic deregulation and innovation policy.

Now, so much has changed. After a global economic boom, the United States has begun controlling the pace. After falling into a slump, Korea is now hit by the “Sell Korea” gale. The storm is likely to last, as structural, market and policy factors affecting the economy are all disadvantageous. The industrial structure that foreign investors rated highly twenty years ago is outdated and not sensitive to the changing times. The automobile industry, which has long been one of the mainstays of the Korean economy, is struggling, just like the shipbuilding and marine transport industries. The only backbone is semiconductors, but Korea’s future is still murky.

A perfect storm is approaching from outside. The United States is raising the Fed rate and the U.S.-China trade war is intensifying. As America pressures China and threatens not to condone technology theft and mounting trade deficits, Korea’s footing is narrowing. Twenty-six percent of Korea’s exports depend on China. As China’s growth is slowing down, Korea could be turning into a frog in boiling water.

The Moon Jae-in administration’s income-led growth policy is fanning the Sell Korea trend. Uniform minimum wage hikes and a 52-hour workweek only help lower the vitality of our companies. There should be a way to escape by reinforcing innovative growth through structural and labor reforms, but the government is bent on experimenting with its anti-market policies. That’s not all. To fix the ever-worsening employment, the government has resorted to makeshift policies like creating temporary positions in the public sector. It is no coincidence that public woes about Sell Korea are spreading fast.