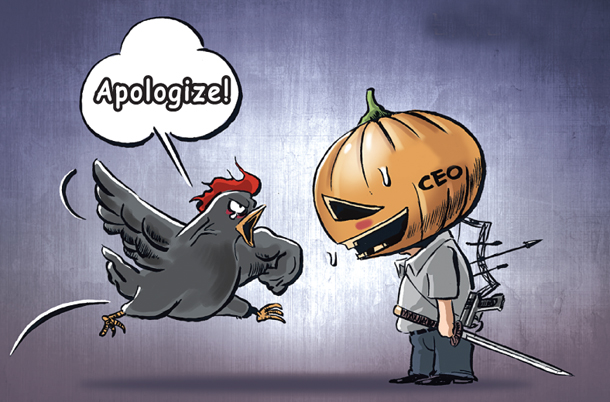 Public outrage grows rapidly after Yang Jin-ho, chairman of Korea Future Technology and de facto owner of the popular online file sharing systems Wedisk and Filenori, was seen slapping a former worker in front of dozens of employees while spewing profanities in a video footage exposed Tuesday by Newstapa, a website run by the Korea Center for Investigative Journalism. The physical abuse was allegedly prompted by Yang discovering that the former employee had pretended to be him in a comment posted online.