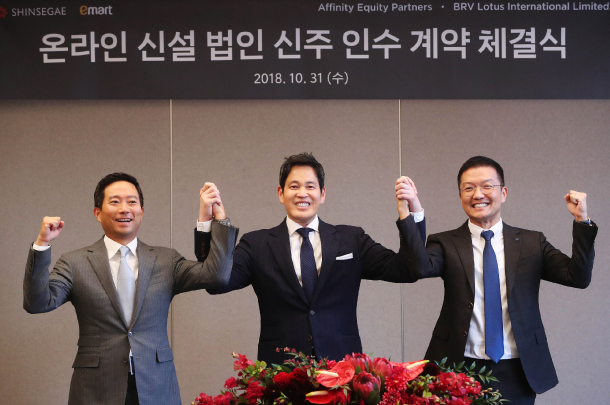 The investment plan was revealed in January, but the detailed conditions have been finalized after nine months of negotiation. 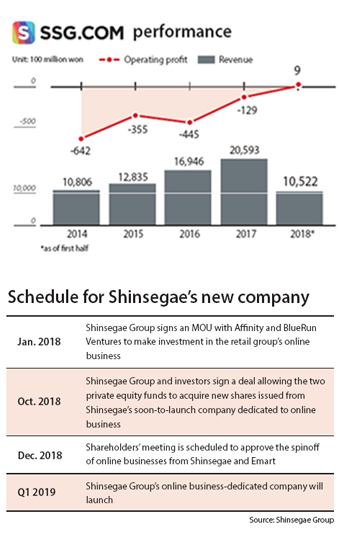 The retailer will spin off the online business from Shinsegae and Emart and merge them into a separate entity. Shinsegae is mainly in charge of its department store business while Emart is in charge of the eponymous discount chain and warehouse-style mart Traders, among others.

“Shinsegae’s new online business-dedicated entity is expected to help it grow into a core company in Korea’s e-commerce industry,” the company said in a statement.

Shinsegae has been running an integrated online platform called SSG.com, which encompasses several online malls such as Shinsegae Mall, Shinsegae Department Store, Emart Mall and Traders, all either run by Shinsegae or its discount chain affiliate Emart.

The soon-to-launch company will operate these online malls.

“A complete integration of the online platform will enable comprehensive investment, simplified decision making and enhanced proficiency,” the company said.

Shinsegae plans to concentrate investment in the online mall’s logistics service and infrastructure to begin with. It said it plans to invest 1.7 trillion won in logistics centers and related technology and achieve revenue of 10 trillion won for the online business by 2023.

Shinsegae currently runs two logistics centers dedicated to online malls in Bojeong and Gimpo in Gyeonggi. The retailer is building a third one in Gimpo, which is scheduled to start operating by the latter half of next year.

SSG.com launched as an integrated site in 2014 and has been recording an average 20 to 30 percent growth each year. It reached 2 trillion won in revenue last year and turned to profit making in the first half of this year.