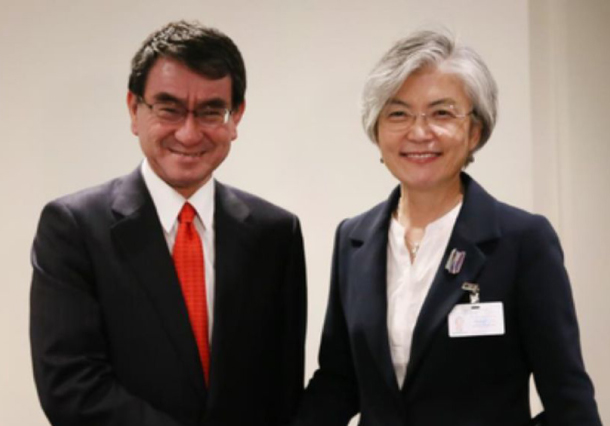 From Oct. 22 to 25, Chinese Vice President Wang Qishan visited Israel. It is the first visit by a Chinese leader in 18 years. Historically, China has had a close relationship with Palestine, while Israel is a virtual ally of the United States.

Lately, the two countries have gotten closer because of economics. China is eyeing the technology of Israel, which is considered the Silicon Valley of the Middle East. Alibaba chairman Jack Ma accompanied Wang on the trip. It shows that for economic development, one can be friends with the ally of your enemy.

Japanese Prime Minister Shinzo Abe’s China visit on Oct. 25 to 27 is the pinnacle of pragmatic diplomacy. Two countries fighting over history, territorial and military issues held hands before the offensives of the United States. In today’s world, anyone can be an ally.
Meanwhile, Korean diplomacy seem to be falling behind the trend. President Moon Jae-in has been asking European countries he visited to ease sanctions on North Korea. He seems like the parent of a suspended student asking the school for his return as he has promised to do better.

Easing sanctions and helping North Korea become a proper member of the international community is not only a justification, but also a practical interest for Korea. But France, the country of tolerance, brushed it off. U.S. Special Representative for North Korea Stephen Biegun’s moves can be interpreted as Washington sending signals to Seoul to keep up with Uncle Sam. As our allies do not budge from the “denuclearization first” stance, South Korea fails to justify its moves.

As it is hard to suddenly change the direction of North Korea policy, we need to think about where we should start to get what we want. In the end, we need to bring more countries to our side. The only country that has overlapping interests with us regarding North Korea’s nuclear threat is Japan.

The two countries’ relationship became more challenging with the Supreme Court’s recent decision on forced labor during Japan’s colonization of Korea on October 30. But we need to have a two-track policy to separate the past and future.

As a Kookmin University professor said, the United States and China are powers that move separately from Korea, but Japan has the shared interests with Korea regarding anxiety from the North’s nuclear program. He added that Japan is the country which South Korea shares the biggest diplomatic space with.

It is worth listening to his claim.