Keeping it simple is the secret to 3linediary’s success

Keeping it simple is the secret to 3linediary’s success 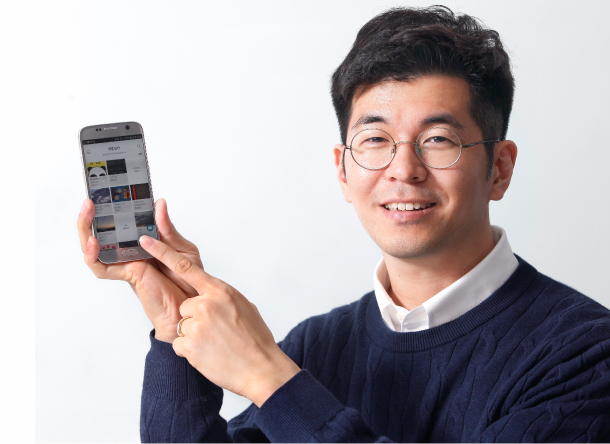 For Bae Joon-ho, founder of 3linediary, a social diary app, a trip around the world was a life changer.

When the 36-year-old embarked on his 402-day trip with his wife after leaving Samsung SDS in 2014, he was determined to capture and record every moment on social media. 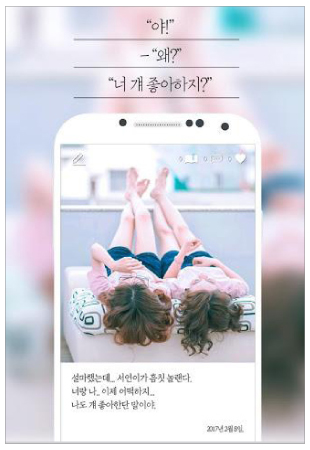 Just 50 days later, he was already exhausted by the endless updates on Instagram, Facebook and Twitter, and was seriously thinking about throwing in the towel and heading back to Korea. Then his wife came up with an idea: writing just three lines each day.

Her advice inspired Bae to launch 3linediary. Upon returning home, he asked engineers and developers who were colleagues at the Samsung subsidiary to join his start-up, Willim. The 3linediary app was released in October 2016.

Unlike numerous other journal apps, 3linediary is designed to limit each diary entry to three lines. Users can set entries as either private or public, write down their thoughts for personal record-keeping or share them anonymously with other users.

The app spread through word of mouth, especially among women in their teens and early twenties, who the CEO says are particularly keen to write down their emotions on a regular basis.

Since the launch of the Android version in October 2016, 3linediary has had over 500,000 accumulated downloads. An iOS version is set for release by early November and an English version will be available next year.

In September, Willim launched the first paid premium service, which allows users to decorate entries with stickers and download them as PDF files. Bae said the Willim team has been pleasantly surprised by the higher than expected number of users who have subscribed to the paid service.

The Korea JoongAng Daily sat down with Bae to discuss Willim on Oct. 25.

A. 3linediary is a social mobile diary app that allows users to write a three-line diary entry and add a picture. Users have the option to set their entries as either private or public, enabling other users to view or comment.

The social aspect of the app allows users to share experiences and find consolation in each other. 3linediary has around 10,000 active users every day.

Who are the main users?

I think we tend to see women in those age groups because they are more expressive with their emotions. Whereas many other social platforms just facilitate information exchange or daily logs, our nature as a diary app means that user entries are often emotional.

Entry topics range from friendship to love and future career plans to family problems. Many users also turn to our app to talk about concerns they don’t feel comfortable talking about in public, such as homosexuality.

What kind of feedback have you received from 3linediary users?

Some users told us that they felt comforted by reading other users’ entries, while others appreciated the opportunity to reflect on their lives from reading their own previous entries.

We actually host a series of quarterly offline gatherings for users. At the latest offline meeting in June, a middle school student told us that 3linediary really helped her get through a tough time and adopt a more positive outlook.

Though we didn’t initially develop 3linediary with the intention of making it a place of healing for users, we did design it to be a platform that will help people recognize how important and valuable their lives and experiences are.

To prevent entries from negatively affecting other users, we have a report function that allows users to report entries that have distasteful content. But we don’t screen for or filter out entries just because they’re about a specific subject.

3linediary can collect a lot of “emotional data” from users. How do you plan on using this data?

We don’t have a clear plan yet on how to use the emotional data we have collected. I expect that we will be able to recommend pictures and videos to users using data analysis.

There are many data marketplaces now where businesses and researchers can buy and sell data. But as much as data is valuable to businesses, it is equally precious to the people who produce that data. That’s why we’re hesitant to use data from diary entries for external use.

But I think it will be meaningful for us to analyze the data from diary entries and make it available for 3linediary app users.

What does “Willim” mean?

Willim reflects my life goal. In Chinese characters, “im” means forest. Our name means a “forest of will.” I want to dedicate my life to coming generations, doing what I can do best.

When my wife and I were traveling in Manchester in Britain, we stayed over at an elderly British man’s home.

Something he said really resonated with me. “Joon-ho,” he said, “don’t forget that the reason that you can travel like this is because my friend [a British soldier] died in the Korean War and your ancestors fought for independence.”

Before, I thought life was a series of steps I had to take, like graduating from university, getting a job and getting married.

I only allow the seniors to work from home because they all have between seven to 10 years of experience under their belt. They know exactly what their roles and responsibilities are and what processes need to be followed to achieve certain goals.

Coming to work can take a lot of energy and be time-consuming. Our two programmers are both fathers of young children, so by working from home, they have the flexibility to drop the children off to school and complete their tasks in their free time.

Our designer is just 19 years old and a recent graduate of Seoul Design High School. I hired her around a year ago when I participated in a job fair for students attending vocational high schools.

I was impressed with her because she had recognized her talents relatively early and demonstrated great maturity and professionalism unusual for her age.

How does 3linediary make money?

I started 3linediary as a personal project because I wanted to leave public relations and work in the content industry.

But 3linediary took off much faster than I expected and now I’m invested in it full-time. As the business grew, I worried about how to make money and attract investments.

Currently, 3linediary doesn’t have any in-app advertising. Though we may in the future, even then we’ll be selective with the type of advertisements we allow.

We launched our first premium service “3linediary Friends” on Sept. 30. We made the decision after thorough discussion with users. The premium service offers the option to add stickers to entries, change fonts and download entries as PDF files for 3,300 won ($2.90) a month. Though we can’t disclose the exact figures, more users than we expected have subscribed to the service.

For now at least, we are financially dependent on the investments we have received. Before I launched 3linediary, I participated in a start-up incubating program operated by the Ministry of SMEs and Startups and secured funds worth 50 million won just because they saw potential in my idea. Willim has received large investments from private investors as well, including a 100-million-won seed fund from Enlight Ventures.

Willim was also fortunate enough to be selected to be given rent-free office space at the Seoul Startup Hub, and that’s been really encouraging for me. I think there are many opportunities in Korea to get support from accelerator programs and secure funds from angel investors.

What’s in store for Willim now?

In the beginning, I planned to launch 3linediary internationally only if I could prove its success domestically. When I went to Israel recently through the Yozma Accelerator program, however, I realized that Israeli start-ups think about launching their businesses worldwide from the get-go.

We gained the confidence to be more globally-focused from that experience.

I think we can bring something new to the table that Facebook, Instagram and other popular social network platforms can’t. That’s also probably why users are using our services.